COMMANDER OWNER ‘LIVING THE DREAM’ IN THE USA 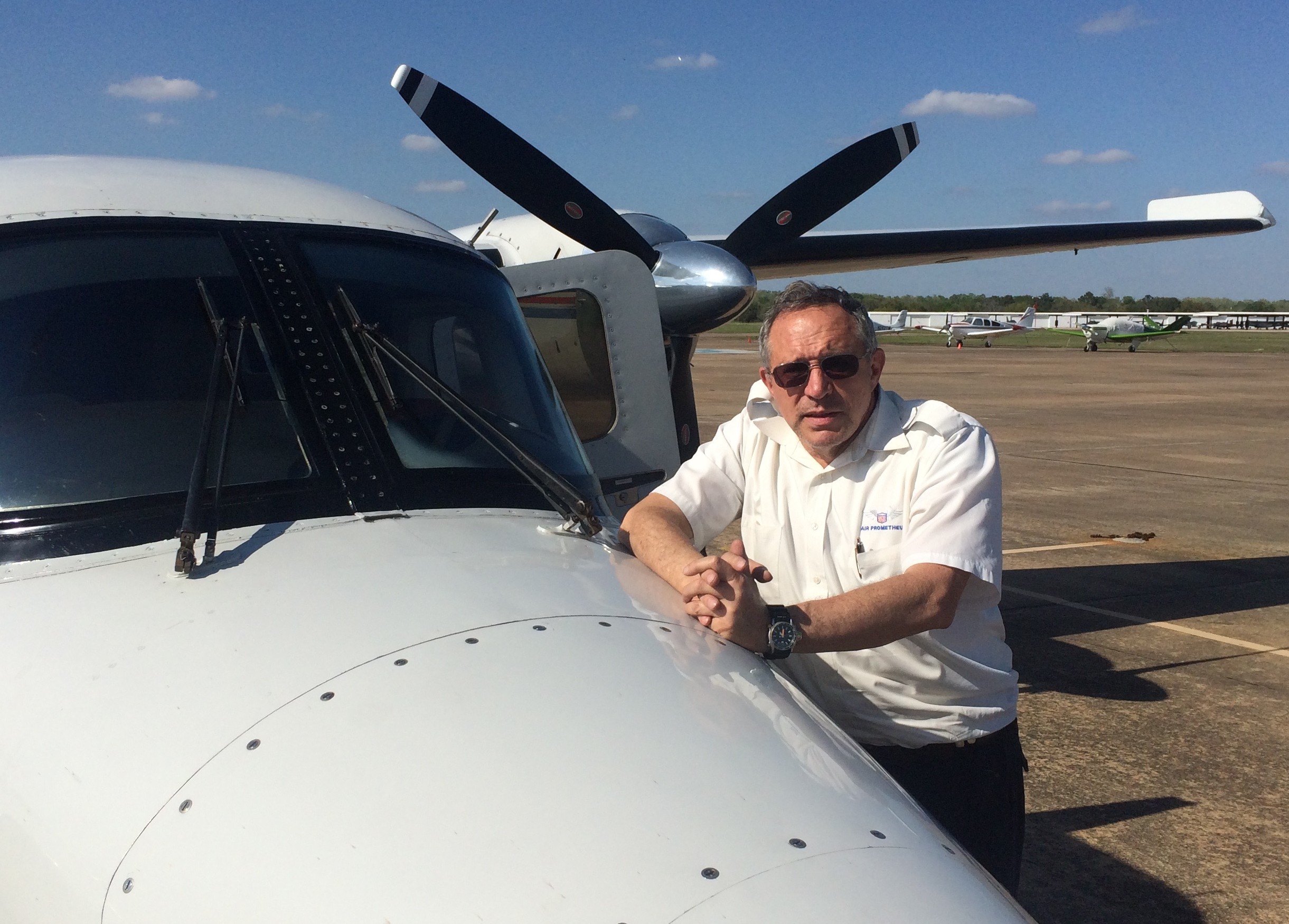 Jean-Luc Pous has an interesting, and impressive, resume:
Born in French-occupied Algeria just before the start of an eight-year war, at age 10 and under fire he fled the country. He later earned a mechanical engineering degree in France, but wanted to become a military pilot—a childhood visit to a military base with his father had ignited a passion to fly. However, lacking the required eyesight, he used the expertise he had gained as a parachute instructor in college to join the French military as a paratrooper. It was the proper thing to do “to repay them (French paratroopers) for their support in the war,” Pous says. “They were the only ones who protected us.”

After completing his military service in 1979 he went to work for Schlumberger, then the largest oil services company in the world, and spent the next 10 years as a logging engineer and manager throughout the Middle East. At the end of his Middle Eastern stint Pous took flying lessons in France. His next Schlumberger assignment was in the U.S., where his responsibilities grew to eventually manage much of the company’s manufacturing operations—16 centers with 2,500 employees.

Pous left Schlumberger after 29 years to follow his childhood dream of flying. He earned all the necessary certificates and ratings to fly professionally, and within a year of retiring from Schlumberger he bought the airplane he had been renting—a Shrike Commander. Three years later he and a partner upgraded to a 690B Turbo Commander that he used for charter. The partner eventually left, but Pous kept the airplane, which he now uses exclusively for his own use.

“I enjoy executive flying with my wife and two cats,” Pous says. “Typically, I go to the Bahamas, Santa Fe, Colorado—anywhere in USA I desire to visit.”

Pous has earned four type ratings, three of which are for warbirds. He flies a variety of aircraft professionally, instructs in Commanders, and owns a Jet Provost with partners. He will admit he is living the dream. “You don’t realize how much America has to offer unless you come from someplace else,” he says.

For the rest of Jean-Luc Pous’s story, be sure to read the next issue of Twin Commander’s Flight Levels magazine.

Twin Commander Aircraft has developed a solution to the problem of damage to Commander fuselage belly skins caused by debris thrown up by the spinning nose wheel. The solution comes in the form of the new Custom Kit (CK) 199 Belly Skin Protection System. The heart of the system is a small fender positioned immediately aft of the nose wheel that deflects debris picked up on the takeoff and/or landing roll, preventing it from striking and possibly damaging the fuselage belly skin.

The low-slung Commander profile puts the extended nose wheel in close proximity to the belly of the airplane, making it vulnerable to damage from nose wheel FOD, especially when operating from grass, gravel, or deteriorating paved runways. The predecessor company to Twin Commander Aircraft had developed a nose wheel fairing intended to deflect debris, but the design caused significant drag, which forced the pilot to use lower airspeeds and angles of attack when the nose wheel was extended.

Twin Commander Aircraft used a supercomputer to apply computational fluid dynamics to identify sources of the drag, and to test more advanced, lower-drag solutions. The result is the fender in CK199, which has less than half the drag of the previous design while significantly reducing the potential for FOD.

The new design was tested on a Commander in September 2016. Ground taxi and flight tests were performed to confirm its effectiveness while ensuring the kit does not contribute to nose wheel shimmy or nose wheel extension or retraction problems.

The installed kit does not interfere with the use of a tow bar or most powered tugs. 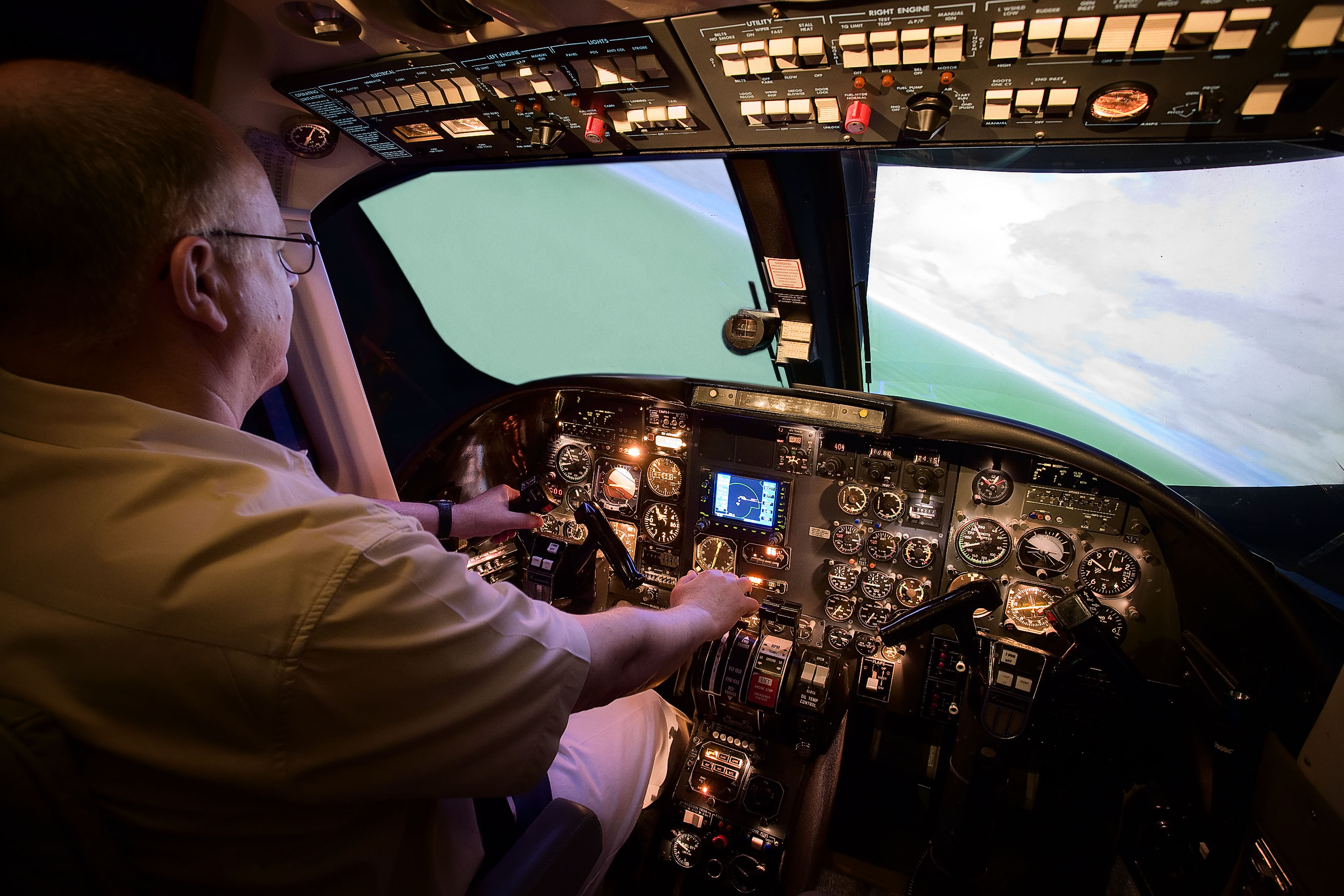 SIMCOM is moving the Commander program from its Dallas-Ft. Worth, Texas, training center to its Lee Vista center north of Orlando International Airport. The 690B simulator is now operational at Lee Vista. SIMCOM can conduct initial and recurrent training on the simulator and the first customer training class was held in their Level B 690B simulator in late February. FAA requalification of the 690B is expected within the next 60 days, at which time customers will be able to count instrument approaches conducted in the simulator toward instrument currency. In the meantime, customers receive course completion certificates but no instrument credit.

The 1000 simulator is scheduled to be operational at Lee Vista in mid-April. It will be inspected by the FAA for requalification at some point after it is operational. SIMCOM will be able to conduct 1000 training on the 690B through differences training until the 1000 sim is operational.

For more information please contact the SIMCOM Sales Department at 866-238-4468. 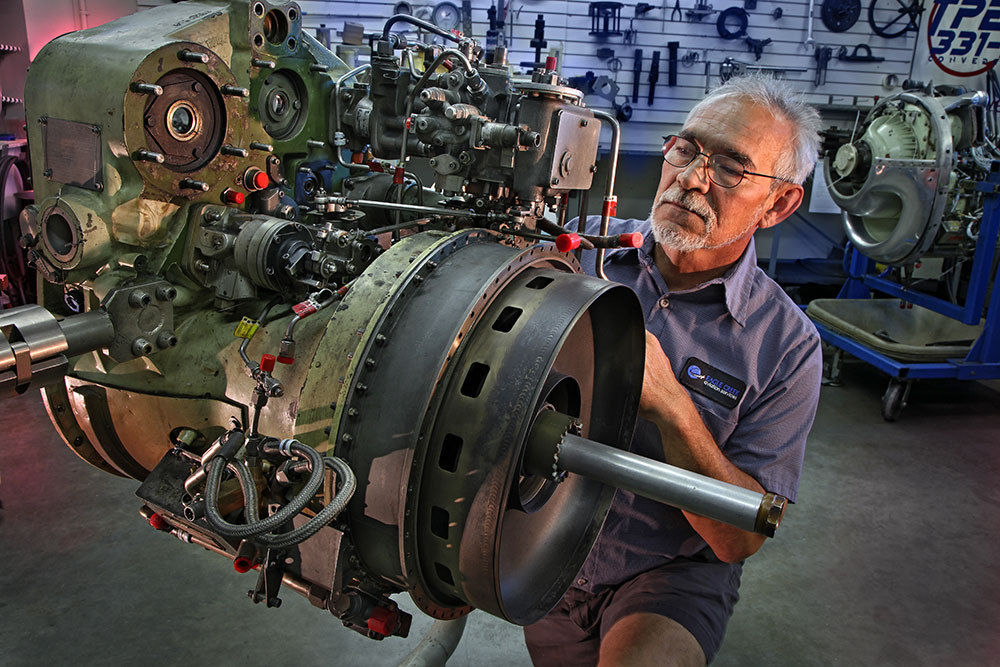 One very important reason to use an authorized Twin Commander Service Center is the factory’s requirement that technicians receive formal, Commander-specific training. That ensures your airplane will receive the best, most informed care.

Two such Twin Commander Maintenance Initial training classes have been scheduled for 2017: May 8-16, and September 18-26.

The seven-day course takes the A&P mechanic (or equivalent) thru the various systems in a classroom environment using AMM and AIPC documents along with associated publications and physical training aids. The technicians also have access to live aircraft. Each student is issued a training binder with a printed copy of the presentation and various handouts. The course concludes with a graded exam. Upon successful completion, clients receive an official certificate of training and a record of training.