Global Aviation Services has moved! The factory-authorized Twin Commander Service Center relocated in January to David Wayne Hooks Memorial Airport (KDWH) from George Bush Intercontinental Airport (KIAH), where it had been based since its founding in 1987.

The new location at David Wayne Hooks, a privately-owned public-use general aviation airport in Tomball north of downtown Houston, is far more accessible to customers, especially those flying in, than was Houston’s huge airline airport, explained Doug Ray, president of the company. Global is operating out of Tomball Jet Center on the west side of KDWH.

Global is an FAA-approved repair station authorized by Twin Commander Aircraft to provide the full range of inspection, repair, modification, and upgrade services and parts sales. Global also services avionics with an emphasis on Garmin equipment.

Global was founded by Jim Ray to provide brokered maintenance services, primarily to AiResearch (now Standard Aero) located across the runway. When Jim’s son Doug and his wife Sherrie took over the business in 2001, they brought maintenance in-house. Since then the Rays’ strategy has been a steady, deliberate growth with an emphasis on customer relationships and preserving aircraft.

The company specializes in turboprop and jet services, but Commander work has been its “bread and butter,” Doug said, especially during the sluggish economy of the past several years.

Two things customers appreciate about Global are its small size and stable workforce, Doug said. “We are a smaller shop, and customers are happy to see the same crew servicing their aircraft. We have a loyal work force that is very knowledgeable. One example is our landing gear overhauls—we have no repeat or warranty claims on the work we do.” 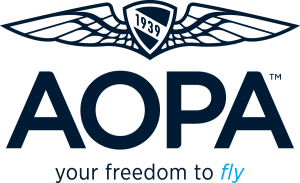 Think you’ve paid excessive fees at some FBOs in the past? AOPA would like to hear from you. AOPA says its review “has found indications that some fixed-base operators may be charging excessive fees for fuel and other services. According to federal law, prices and services at airports that receive funds under the Airport Improvement Program must be ‘fair, reasonable and non-discriminatory,’ but AOPA members have reported experiencing issues with things like landing fees, ramp fees, and fuel pricing,” mostly at larger airports where FBO consolidation has occurred. AOPA would like to hear from Twin Commander owners and pilots who believe they have been subject to excessive FBO charges.

To read more, and to contact AOPA with your experiences, go to: https://www.aopa.org/news-and-media/all-news/2017/january/13/high-prices-at-certain-fbos-under-review

Twin Commander Aircraft has been notably social over the last two years. The proof is in the numbers, including a doubling of followers of Twin Commander’s Facebook page, Twitter postings, and Instagram photos and videos.

Social media is a powerful tool for engaging customers and enthusiasts, keeping them informed of the latest developments, sharing interesting trips and events, and making it possible to communicate instantly and directly.