Dave Ellison grew up and learned to fly in Oklahoma City, so it was not at all unusual for him to be around Commanders, which were manufactured in nearby Bethany. Dave and his brother went on to found Statewide Service Center, which distributes farm supplies to customers within a 500- to 600-mile radius of Oklahoma City. Last year they decided that, instead of chartering aircraft—mostly King Airs—to meet with customers, they would buy and fly their own. But instead of a King Air, the company bought an airplane they knew to be “fast, very efficient, and capable of short-field takeoffs and getting into places others can’t.” They bought a Commander 840.

They base the airplane at Legacy Aviation Services at Clarence E. Page Airport in Yukon, Oklahoma, east of Oklahoma City, not far from where it was built. Legacy recently finished a complete refurbishment of the interior in Statewide’s Commander, and updated the panel with Garmin GTN750 and 650 flight management systems and Garmin 345 and 335 ADS-B-compliant transponders. The update slimmed the Commander down about 80 pounds, and the new all-leather interior looks and feels first-class luxurious and comfortable, so much so that Dave, who still is an active pilot, prefers to let the company’s professional pilot do the flying while he relaxes in the passenger cabin, enjoying the view out the landscape windows.

Read more about Statewide’s 840 in the upcoming Flight Levels. 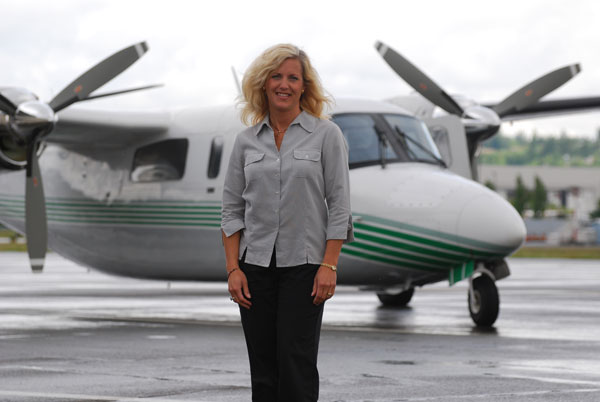 Go to What’s Your Story form on our website and tell us something about yourself, your airplane, your flying.

Who needed a calendar to remind us that at 6:34 p.m. ET on June 20, summer officially began—plenty of the country was already sweltering with mid-summer temperatures and humidity. What better time, then, to think about airframe icing. After all, when you are flying in the flight levels, airframe icing knows no seasons.

CK 158 contains hardware, plumbing, and approvals for installation of inboard deice boots for models 690, 690A, 690B, 690C, and 695 Twin Commanders. (The boots are obtained separately through an authorized Twin Commander service center.) Adding inboard boots means you’ll have deice protection along the full length of the wing. The boots also add to your Twin Commander’s appearance. 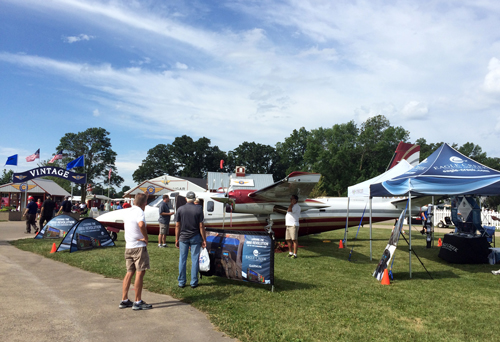 The world’s largest fly-in, airshow, and general aviation trade show—EAA’s AirVenture Oshkosh—is coming up Monday through Sunday July 25-31, and Twin Commander will be there. Eagle Creek Aviation Services, a factory-authorized Twin Commander service center in Indianapolis, plans to have a fully refurbished Commander 1000 on display on the main show grounds just southeast of Boeing Plaza and north of the Vintage Red Barn at booth 395. The Commander will be equipped with the new Garmin 950 multi-display electronic panel and S-TEC 2100 digital flight control system.

Representatives from Eagle Creek and its sister company and factory-authorized service center, Naples Jet Center, will be on hand to show the airplane and answer questions.

We’re gearing up for the next Twin Commander University, and we need your help in identifying potential venues. In last month’s Twin Commander eNewsletter we asked you which region in the country would be ideal for the next University. Factors to be considered are that it will be held in the spring (most likely late April/early May) of 2017, and the last University took place in the Southeastern U.S. (Savannah, Georgia).

The top vote-getting regions in last month’s University poll were the Northeast and the Southwest. This month we’re asking you to narrow the choice to a specific state. From there, we’ll look at candidate cities as sites for the 2017 Twin Commander University.