FROM YUKON TO JOHANNESBURG IN MY COMMANDER 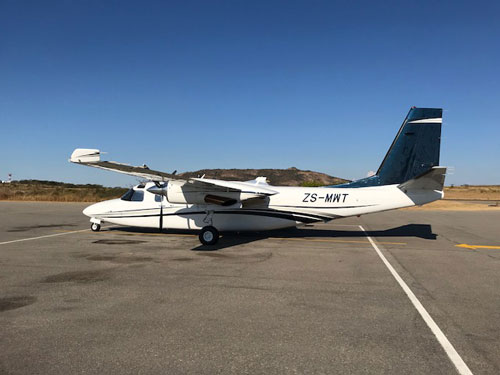 What’s the best way to get from Yukon, Oklahoma, to Johannesburg, South Africa, a Great Circle distance of about 9,600 nm? For Michael Johnstone, the answer was easy. He first did it in reverse—Johannesburg, which is home for him, to Yukon—by airline so he could do the return trip his way, in his newly acquired Commander 695B.

Johnstone and ferry pilot Antony Maitland left Legacy Aviation Services in Yukon, where Johnstone had purchased the Commander, on December 13, 2017, and five days later landed at the Commander’s new base at Lanseria International in Johannesburg after logging about 34 flying hours.

“The trip was an amazing experience for me as it was my first flight from the USA through Europe back to South Africa,” Johnstone says. “Temperatures ranged from -40 C to +37 C with large snowfalls in Canada and Greenland, and seeing Mont Blanc in Switzerland, the Mediterranean, the desert in Egypt, the Nile River, Mount Kilimanjaro in Kenya, and Lake Malawi (bordering Malawi, Mozambique and Tanzania) were all wonderful sights.”

The trip was the culmination of a long process to upgrade from the Cessna 402C Johnstone had owned and flown for 10 years to a more capable aircraft to travel throughout Africa with more weather-avoiding performance and comfort.

Read Michael Johnstone’s full story, including a detailed account of the trip from Maitland, in the new Summer 2018 issue of Twin Commander’s Flight Levels magazine. The issue has been printed and distributed to subscribers. It’s also available online at www.FlightLevelsOnline.com.

The issue also profiles Winner Aviation, a factory-authorized Twin Commander Service Center located at Youngstown-Warren Regional Airport in eastern Ohio. Winner is on the move. The company hasn’t changed its physical location—it’s been in continuous operation under a variety of owners and names since its founding in 1941 as Youngstown Airways, soon to become Beckett Aviation, named after founder Forest Beckett. In 1985 it became Aero Services, and in 1995 Winner Aviation. Winner is expanding the scope and reach of its operations, opening new airline-service locations even as it adds Twin Commander customers.

As in every issue, this Flight Levels also has tips on flying, maintaining, and upgrading your Twin Commander. Subscriptions to the quarterly Fight Levels are free. Just go to www.FlightLevelsOnline.com to sign up. 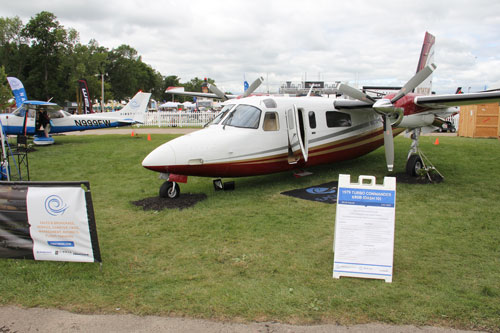 As it has done for a number of years, Eagle Creek Aviation Services, brought a nicely refurbished Twin Commander to display at the world’s largest aviation gathering—EAA’s AirVenture Oshkosh—July 23-29 at Wittman Regional Airport in east-central Wisconsin.

Eagle Creek has managed to secure a highly visible spot each year in the manufacturers display area bordering the flightline and two major pedestrian walkways. The Commander is visible to the tens of thousands of AirVenture visitors who amble by on the walkways.

This year Eagle Creek brought a customer’s aircraft that is for sale, a 690B Commander that was one of the first airplanes Eagle Creek upgraded to the Garmin 950 all-electronic panel.

The 2018 edition of AirVenture opened with good weather and a robust economy, which made for record-breaking attendance. By the end of the first day, all available parking spots on the airport were occupied. Companies displaying aviation products and services reported brisk activity and sales. 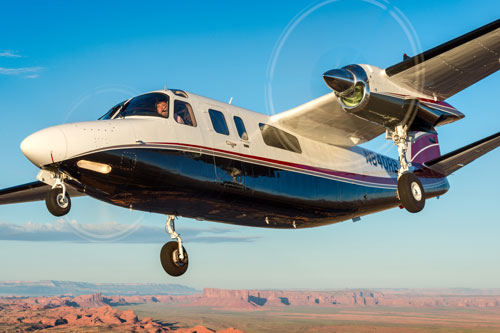 One of the hardest-working components on any airplane is the nose landing gear, and the secret to long and reliable service is regular, thorough inspections and preventive maintenance.

CK159 is being offered at a reduced price, but only for a limited time. Check with your Twin Commander-authorized service center for details. See www.twincommander.com/service-centers/