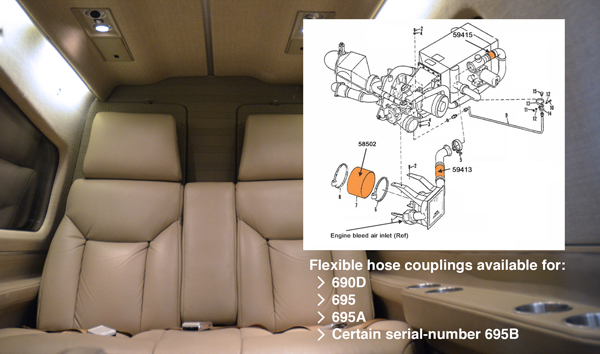 The problem has been unavailability of replacement flexible hose couplings used in Sundstrand ECUs on the 690C, 690D, 695, 695A, and certain serial-number 695B Twin Commanders. The couplings connect metal piping in the ECU, and protect the piping from vibration and thermal expansion. The couplings are made from special materials to withstand the high temperatures and pressures. The largest of the couplings is about six inches long and four inches in diameter.

Twin Commander Aircraft recently designed, developed, and certified replacements for the couplings, and parts are available. The replacement parts do not come in a kit, and can be ordered individually. However, it is recommended that if one coupling needs replacing, a full replacement set should be installed. Some units require five flexible hoses, some seven, depending on aircraft model and serial number. 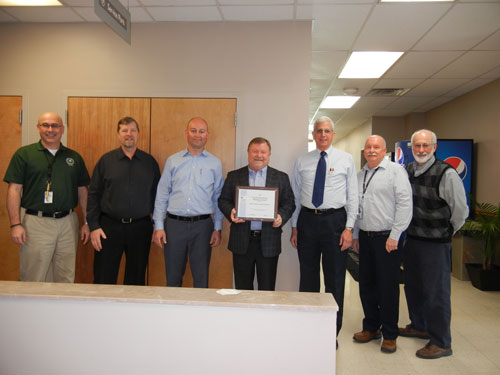 Eagle Creek Aviation Services and its family of companies have received the AMT Diamond Award of Excellence from the FAA for participating in the 2016 Aviation Maintenance Technician Awards Program. This is the sixth consecutive year that Eagle Creek Aviation and Naples Jet Center—both authorized Twin Commander Service Centers—have received the award, and the first year for Montgomery Aviation under new ownership by Eagle Creek.

The FAA AMT Awards program encourages individual AMTs and their employers to invest in continuing education. The Diamond award is reserved for companies that achieve 100 percent participation from eligible employees. In 2016, 35 AMTs at Eagle Creek Aviation and its family of companies spent more than 1,500 hours in training—online, in the classroom, and on the job.

“As a company, we are committed to excellence in everything we do, including ensuring that we continue to invest in our technicians through training and education,” said Eagle Creek Aviation CEO Matt Hagans. “We believe our customers are best served by professionals who are continually learning and utilizing industry best practice. We are honored to be recognized by the FAA for that commitment and look forward to achieving the Diamond award again next year.”

For more information about the AMT Diamond Award of Excellence, visit https://www.faasafety.gov/AMT/amtinfo/. 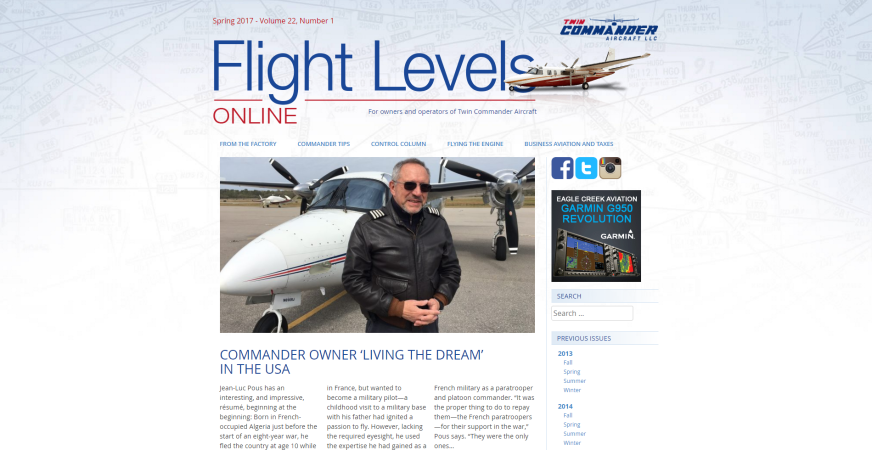 In the last Twin Commander eLetter we told you how Jean-Luc Pous went from a 10-year-old refugee from French-occupied Algeria to a top-level engineer and manager at Schlumberger to a professional pilot and, now, the owner of a 690B Twin Commander. The new issue of Twin Commander’s Flight Levels magazine, available at http://www.flightlevelsonline.com/, has the full story of his remarkable life and dual careers. The new issue also takes a look at the three most important considerations when transitioning to a Twin Commander, written by J.R. Bob Husky, an experienced Commander instructor and mentor pilot. Jim Worrell assesses the market from the buyer’s and seller’s perspectives, and Air Journey founder Thierry Pouille reports on flying your airplane to Cuba. You can read the entire issue at http://www.flightlevelsonline.com/. 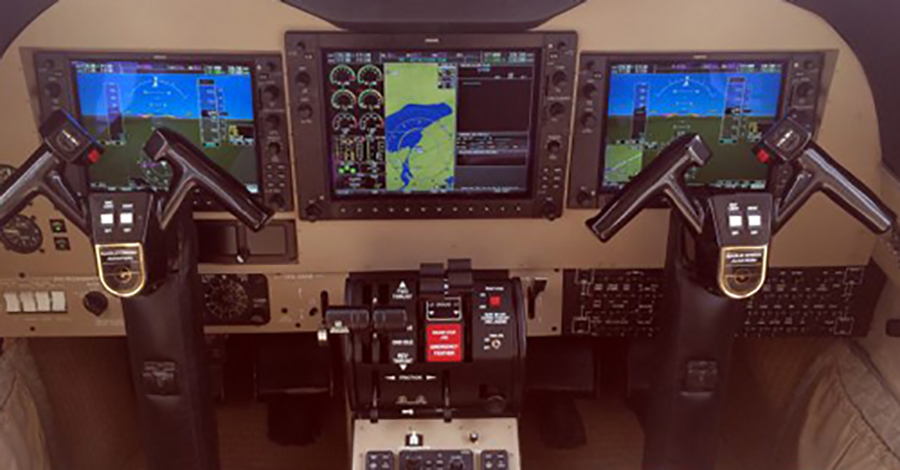 With few details about the Trump Administration’s proposed tax reform package available, it’s too early to scrutinize the full extent of its potential effect on aircraft owners. However, some observations can be made. Following is a portion of the “Business Flying and Taxes” column in the current issue of Twin Commander’s Flight Levels, now available for reading at www.flightlevelsonline.com. The column was written by Suzanne Meiners-Levy, Esq., Legal Advisor for Advocate Consulting Legal Group, PLLC.

One cornerstone of the Trump tax plan is a significant decrease in corporate tax rates, as well as taxes paid by owners of flow-through businesses, including S corporations, partnerships, and Schedule C businesses that flow through to 1040 returns. Current corporate rates at 35% are proposed to be cut to 15% in the Trump plan, and although that may be not be politically feasible, the Kiplinger Tax Letter believes that a top rate of 25% is politically likely. Perhaps even more significantly, flow-through profits from S corporations, partnerships, and Schedule C businesses that currently are taxed at the owners’ 1040 rates are also subject to significant cuts, with a proposed rate of 15%. (The House GOP Blueprint calls for 20% corporate rates and 25% flow through rates. The Trump plan calls for both rates to cap at 15%.)

Why does this rate shift make purchases of new equipment installed on aircraft in 2016, and likely 2017 (contingent upon the date of reform), a unique opportunity? Deductions taken for expensing property or depreciation are commonly referred to as “timing differences,” given that any deduction taken, to the extent that it exceeds the actual loss in value in the property, is subject to recapture at the time the property is sold or no longer used for business. While there is no reason to believe at this time that recapture would not occur in future tax years, that recapture would be treated as ordinary business income in the year the property is taken out of service. Assuming a significant and potentially lasting change in business tax rates, the deductions taken for the property in years before rate cuts are likely to save significantly more tax dollars than those due at the time the property is sold, given the potentially large reduction in rates. For example, if corporate taxes decrease by 50% as proposed, the tax savings at purchase will double that owed upon disposition. This, combined with 50% bonus depreciation in 2017 and the $500,000 expensing election, may make this the ideal time to upgrade equipment on your aircraft.