HOW ICING CAN LEAD TO WING STALL

Spring is officially springing, and that means freezing temperatures and the weather phenomena associated with it—snow and ice—are fast disappearing. Except in the flight levels.

Airframe icing can be a real concern in the spring when ambient temperatures and moisture saturation aloft can be ideal for the formation of ice on wings and tail leading edges, propeller blades, engine inlets, and windshields.

As all pilots know, airframe icing is in the same category as thunderstorms as a flight condition to be treated with utmost respect. Knowledge is key to safely avoiding ice or dealing with it in an airplane approved for flight into known icing, as is the case with Turbo Commanders.

The FAA has just added to the icing knowledge base with a new “Ice-Induced Stall Pilot Training” film. Despite the government-gray title, there is much to learn in this 30-minute production, accessible on YouTube:

The film is an update of NASA’s original 1998 video on tailplane icing, and in the introduction the FAA says the update was prompted by a 30-year study of icing-related accidents that concluded that most such accidents resulted from wing stalls and not tail stalls. Thus, the film aims to help pilots understand the phenomenon of wing and tail stall while flying in icing conditions by examining icing certification rules and recommending cockpit procedures to mitigate the potential for icing-induced stalls.

Some interesting points made in the film:

The FAA is leading a rulemaking effort to both update training for wing-stall recognition and recovery, and cockpit procedures in icing conditions. In the meantime, devote 30 minutes to adding to your knowledge of, and respect for, airframe icing. Watch the film.

Anti-ice measures on a turboprop Twin Commander protect lots more equipment than the windshield, pitot static probes, and engine inlets. Generator inlets and the rudder trim tab are protected by thermostatically controlled heated rubber boots. The fuel vent tubes are wrapped in a heated metal foil. And, the top of the horizontal stabilizer and bottom of the rudder horn have heated metal plates.

It’s important to make sure all of these components are in good condition and working properly before venturing into known icing. Generator inlets, for example, are located on the engine nacelle directly behind the prop and therefore subject to significant erosion. Fuel vent tubes are exposed to the slipstream and also suffer from erosion. The rudder trim tab and upper and lower rudder plates protect these surfaces from accumulation of ice between very closely spaced surfaces. 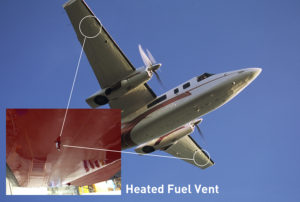 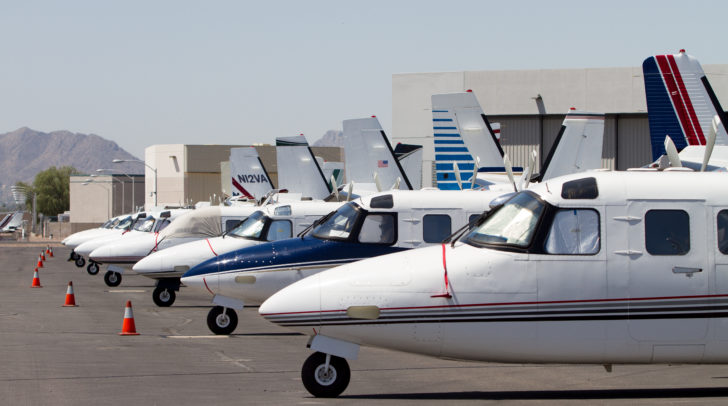 A “Business Flying and Taxes” article in a recent issue of Twin Commander’s Flight Levels magazine on the effects of the new tax law on aircraft owners has gotten wide dissemination. The Global News Report wire service picked up the article and distributed it on its Twitter feed, and earned more than 2,700 impressions.