Author Dave Duntz has given the Twin Commander world a gift. The former Aerostar owner spent years researching and writing an authoritative history of Ted Smith and his designs. We sit down with Duntz to discuss his book, Stars and Commanders: The Life and Vision of Ted Smith, for the latest issue of Flight Levels, which is now online.

Also in this issue, learn about the capabilities and history of Twin Commander Factory Authorized Service Center Winner Aviation, discover the basics of autopilot methodology, read about what to check on your Commander after a long downtime, and learn why Business Unit Director Brian Harbaugh thinks Twin Commander Aircraft is in a healthy position.

Finally, we remember Geoffrey Pence, the longtime technical service manager and Twin Commander expert. Read this and more in the latest issue.

Take Your Twin Commander to the Gym 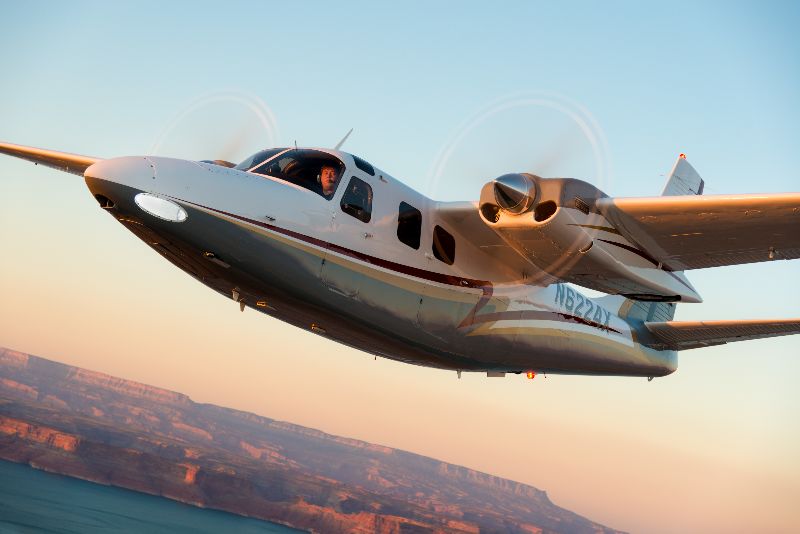 As aircraft around the world sit dormant for extended periods due to the coronavirus, a host of potential safety issues come to the surface. Pilot proficiency is one of the first things to suffer, but aircraft systems may be impacted as well. This issue became serious for Boeing recently as an airworthiness directive was issued on certain 737s that had been sitting because of the pandemic. It was suspected that bleed air valves stuck open, causing in-flight shutdowns. There’s no evidence that any Twin Commanders have suffered a similar fate, but the longer an airplane sits, the more likely it is that the performance of things like tires, hoses, lines, and valves will degrade. If airlines are any guide, many have chosen to exercise weekly their fleets of 737 Max while they await a software fix. You, too, should be exercising your airplane. If possible, fly the airplane once a week to keep the engines and other components fresh. You can also take this opportunity to perform the 150-hour inspection a few hours early, or opt for an upgrade that’s currently on sale at your factory authorized Twin Commander service center.

FAA Cracking Down on Illegal Charter 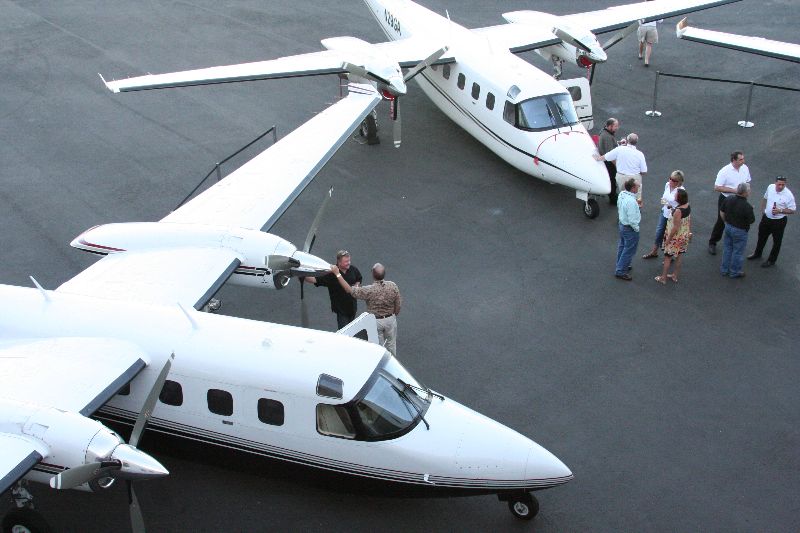 Earlier this year the FAA took the extraordinary step of messaging every pilot in the database to pass on a very important reminder—on-demand operations require a charter certificate, and running afoul of the regulations isn’t as hard as you may think. Left unsaid in the message was that the agency is aggressively pursuing those who don’t follow the rules.
Most pilots and aircraft operators know a Commercial pilot certificate is needed to fly for compensation or hire, and that on-demand flying requires a charter certificate. But the meaning of “holding out for the purpose of charter” has often been up to the FAA’s interpretation. Recently that interpretation has tended toward the very strict, with pilots and operators being investigated for activities some previously considered cost-sharing. What’s worse, as AOPA has made clear in recent months, is that the pilot is often the first point in the investigation.
It may come as a surprise to pilots that, according to the FAA’s guidance, some common operations that require a charter certificate include:

In the FAA message and in AC 61-142, the FAA gives dozens of examples of situations it may view as charter flights. If you share costs often or take friends or business acquaintances on trips it is worth your time to review the guidance. 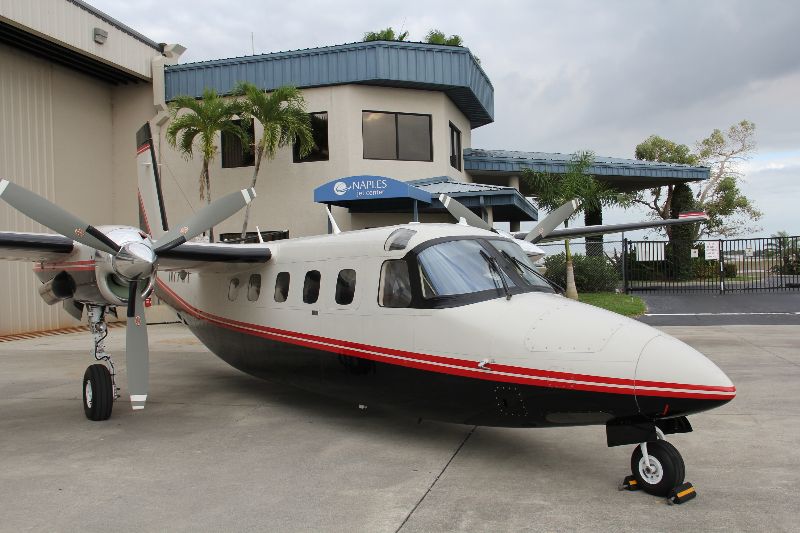 Ike’s Bird to Be at EAA AirVenture Oshkosh 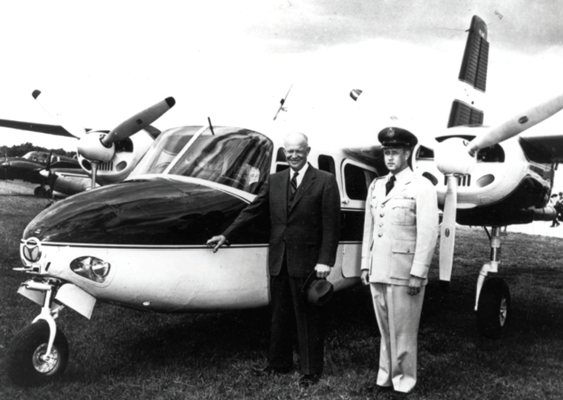 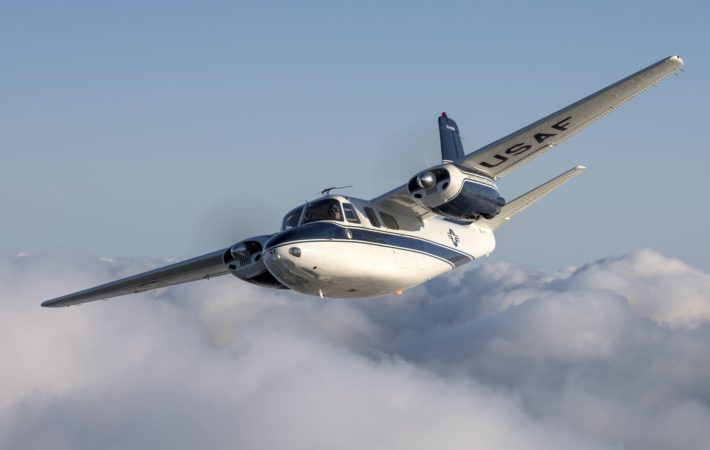 You may think of Air Force One as the massive and imposing Boeing 747, but that name is reserved for any aircraft on which the President of the United States is currently a passenger. Back in the 1950s, Air Force One was often an Aero Commander 560A carrying President Dwight Eisenhower back and forth between Washington, D.C. and a grass strip on his farm near Gettysburg, Pennsylvania. Eisenhower even flew the aircraft at times. The Commemorative Air Force recently purchased the aircraft and is displaying it at this year’s EAA AirVenture Oshkosh.
READ MORE…

If you are a current Eagle Creek Aviation Services, Naples Jet Center, or First Wing Jet Center customer, or are curious about what a Twin Commander Authorized Service Center can do for you, make sure to visit them at EAA AirVenture Oshkosh next week. The company will be displaying some of its panel upgrade capabilities at Booth #395 near Boeing Plaza along the flightline. They are also holding a cookout for friends and family on Tuesday evening in Camp Scholler. You’re invited to come by and meet the folks at Eagle Creek, Naples Jet Center, and First Wing Jet Center. RSVP here .

Summer Issue of Flight Levels in the Mail and Online

The Summer issue of Flight Levels is in the mail, and Flight Levels Online is now available. This issue we take you across the Atlantic with friends, through Central and South America with an owner, inside Twin Commander Authorized Service Center Aero Air, through the ins and outs of the Garmin touchscreen navigators, in-depth on a consequential tax case, and much more. Read it today . 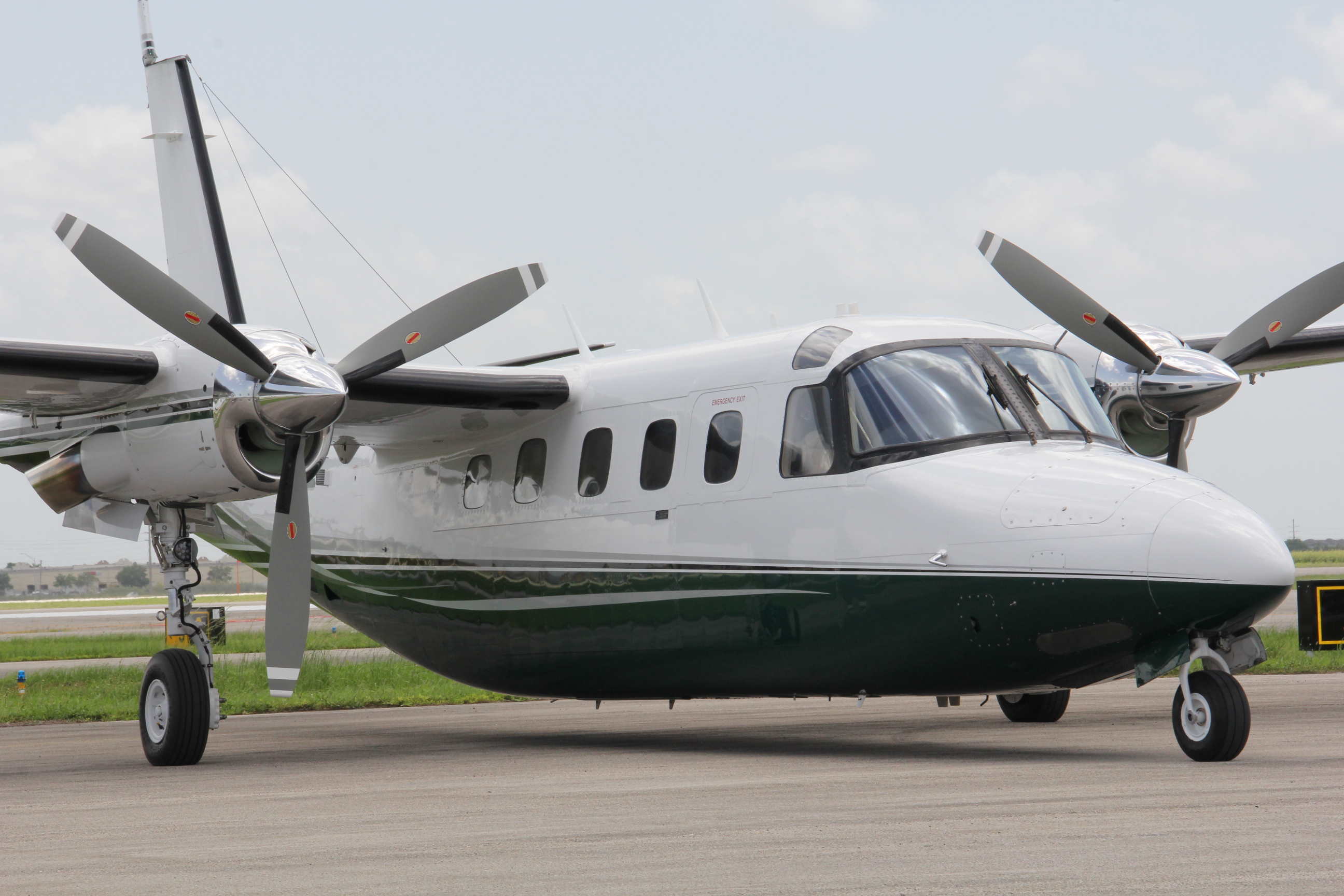 POLL: Why Trust Your Commander to a TCASC? 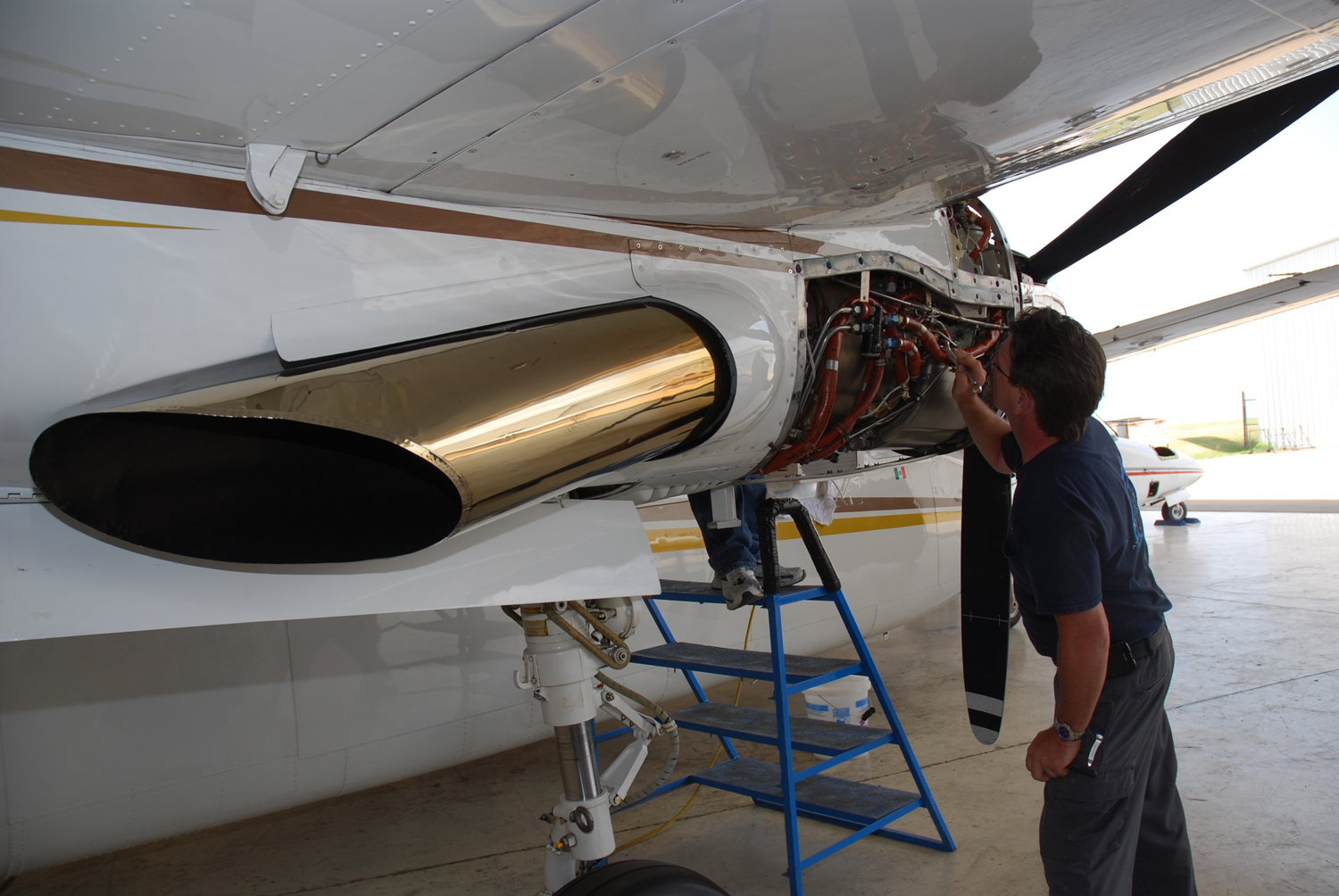 Last time we asked how many of you use a Twin Commander Authorized Service Center for your maintenance, repair, and upgrade needs. Half of you said you frequent one of these high-quality independently operated facilities.

This month we want to know why you trust your aircraft to a Twin Commander Authorized Service Center. 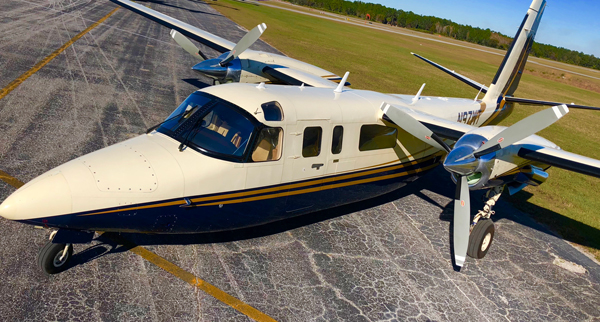 Kent Titcomb recently upgraded from a Cessna 414A to a Twin Commander 840. A few months into ownership of the Commander, he drew on a literary reference to describe its qualities. “Zen and the Art of Motorcycle Maintenance, Robert Persig’s iconic 1974 book, was a philosophical examination of the marriage of the technical with the emotions,” Titcomb observed. “The Commander is a beautiful example of that Zen. A blend of exceptional speed, exceptional fuel burn, reasonable purchase price, reasonable maintenance costs, cabin size, and payload/range flexibility. What machine can do more for less? Did I mention excellent short-field performance? Did I mention how good the aircraft flies? Ramp presence?”

Titcomb writes glowingly about his Commander in the latest issue of Flight Levels. The issue also profiles a rejuvenated Byerly Aviation, a long-time Twin Commander authorized service center that is now under the ownership and management of Scott Welch and Bruce Byerly. “Business Flying and Taxes” consultant Suzanne Meiners-Levy provides insight on how the new tax law affects aircraft owners, buyers, and sellers.

Commander historian Barry Collman writes about the Model 1200 prototype that Gulfstream Aerospace’s Commander Division built and marketed but did not approve for production. And Twin Commander LLC President Matt Isley reflects on how two pearls of wisdom—“The more things change, the more they stay the same,” and “The only constant is change,” apply equally to the Twin Commander.

Flight Levels subscribers should have received the latest issue. If you’re not receiving Flight Levels, you can sign up for a free subscription at www.twincommander.com. You can also view the issue online at www.flightlevelsonine.com.

Flight Levels and the Twin Commander eLetter are not the only way Twin Commander communicates with Commander owners, operators, pilots, and enthusiasts. Have you checked out Twin Commander’s Facebook page, Tweets, and Instagram photo postings? Readership and viewing of the Twin Commander social media sites is steadily increasing. One recent Twin Commander Tweet referred to Clive Cussler, the noted adventure writer, who in his book The Race refers to pilots as “drivers.” The Tweet found its way to Cussler, who “liked” it.

The Twin Commander Instagram site is loaded with great photos of people, places, and airplanes in flight and on the ramp.

To join in the fun go to www.twincommander.com and scroll down a bit to the “Social” collection of icons for Twitter, Facebook, and Instagram. Click on each one to see what’s happening in the Twin Commander world, and post about your Twin Commander experiences. 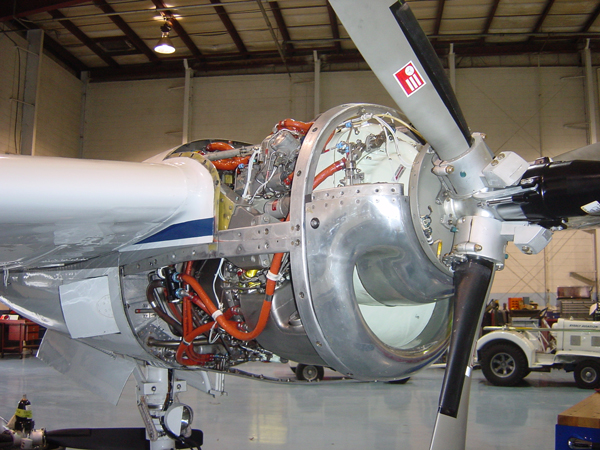 The FAA has issued Airworthiness Directive 2018-02-14 calling for an inspection of TPE331 engines to check for weld cracks in the combustion chamber plenum.

The inspection, which can be completed in an hour or less according to the AD, involves all accessible areas of the combustion chamber case assembly, focusing on the weld joints, and must be completed before accumulating 450 hours in service since the last fuel nozzle inspection or within 50 hours in service after the February 28, 2018 effective date of this AD, whichever occurs later.

Honeywell said the AD “mainly affects the higher-pressure “flowerpot/-8+” engines, but the older P/C through -6 engines have some plenums with a lot of time on them.”

Operators who have been accomplishing published safety SBs should not have any problems with the combustion chamber cases, Honeywell noted. The company recommends that any time the plenum exterior is accessed, a quick visual be performed on all accessible weld joints. When the turbine is accessed the plenum should be updated with modified bosses, which is called for in the SB and AD.

Honeywell said its combustion chamber service bulletins are all Category 1 Safety Bulletin(s) that recommend replacing the combustion chamber (plenum) with a new improved design at the next event (either scheduled or unscheduled maintenance necessitating removal), but with a final compliance no later than March 2021. The FAA AD compliance differs from the Honeywell SB recommendations in that the AD continues the recurring visual inspections (until the plenum is replaced with new improved design), disqualifies certain old-design plenums from being reinstalled on National Flight Service STC’d engines, and requires all currently installed plenums on those engines be replaced before accumulating an additional 3700 hours following release of the AD.

Following is Honeywell’s guidance regarding the A.D.