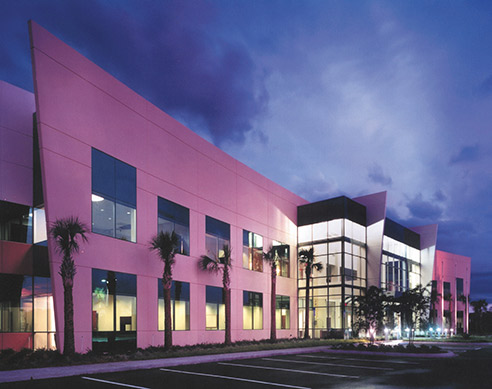 SimCom acquired the Twin Commander pilot training program from FlightSafety International in 2011, and moved it from FSI’s Houston center to SimCom’s newly acquired Dallas facility, which also supports other manufacturer make and model training programs. The decision to now close the Dallas center is the result of several factors, including lack of space to handle the larger full-flight simulators that SimCom plans for its future growth in other training programs, SimCom President Eric Hinson explained. Also, some of the Dallas center’s busier training programs are replicated at SimCom’s Lee Vista and Scottsdale, Arizona, facilities. “We’ll be able to adequately serve the market with two locations instead of three,” Hinson noted.

SimCom will operate two full-motion Commander simulators at its Lee Vista Orlando center including one configured as a JetProp 1000 with TPE331-10 engines, Garmin 530, and visual display with day and night depiction. The second is configured as a 690B with Garrett TPE331-5 engines, a Garmin 530 and 430 in the panel, and a visual display that duplicates both day and night conditions. The company will no longer use a fixed-base visual-motion device configured as a 690A. “It has limited capability, and we’ll have more than enough capacity using the two motion sims,” Hinson said.

The move to the Lee Vista Orlando Center should prove beneficial to the Twin Commander program because of better technical support—24 simulator technicians on site at Lee Vista compared to four at the Dallas Center—and dedicated software engineers on site, Hinson added. That support should improve the reliability of the two Twin Commander sims, an issue that Hinson acknowledged is a concern for customers. Improving reliability is one of the prime reasons for moving the program to the Orlando facility, Hinson said. “It will allow us to deliver a better product.”

SimCom is exploring options for upgrading the avionics in the two Twin Commander sims with newer-generation Garmin products including a G600, GTN750/650, or some combination, Hinson said. He asked Commander customers to weigh in on the decision. “I encourage the market to give us feedback,” he said. “We’d like to hear from customers.”

One factor that SimCom must consider when upgrading the avionics is that it serves more international than domestic Twin Commander customers, and many operate older models with analog cockpits. 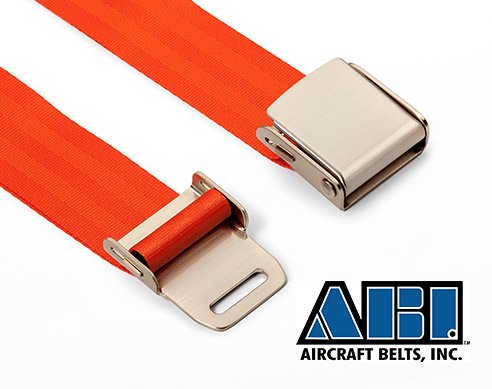 TWIN COMMANDER SWAG FOR THE HOLIDAY 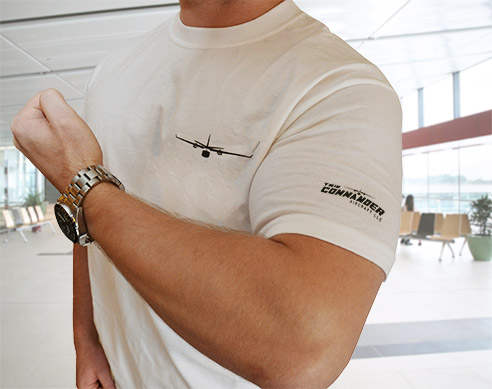 Searching for a last-minute gift for your favorite Twin Commander enthusiast—or yourself? Check out the unique Land’s End Twin Commander-logoed apparel and promotional products here.

Shirts, sweaters, pants, blazers, shoes, outer wear, even maternity clothes can be ordered with the attractive Twin Commander logo sewn on. Promotional products include drinkware, bags, blankets and towels, and a host of other useful items.

Show your pride in Twin Commander. Check out the merchandise. 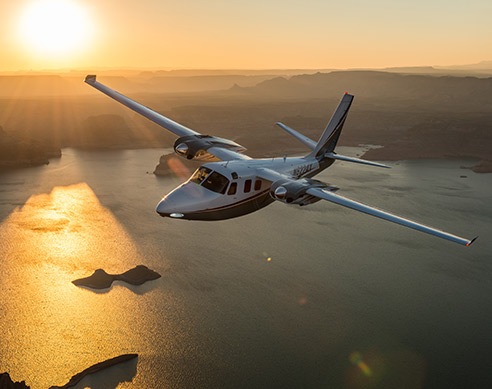 Where are you headed for the holidays? Will it be snow-covered mountains or a warm, sandy beach? How about a vibrant, colorfully lit city, or to Grandma’s house for family time? We’d like to know how Twin Commander owners and operators use their aircraft to take full advantage of the holiday season.

Even if you are staying put for the holidays, we’d like to know more about you. What model Twin Commander do you fly? How do you use it? What were the factors that led to the decision to go with a Twin Commander rather than another make and model? What have you done to the aircraft to upgrade it and keep it contemporary?

We’d like to hear your answers to those questions, and more. Tell us your Twin Commander story, and be sure to include some high-resolution photographs of the airplane, and yourself. Email Sarah Love at [email protected]

Thanks, and enjoy the holidays!