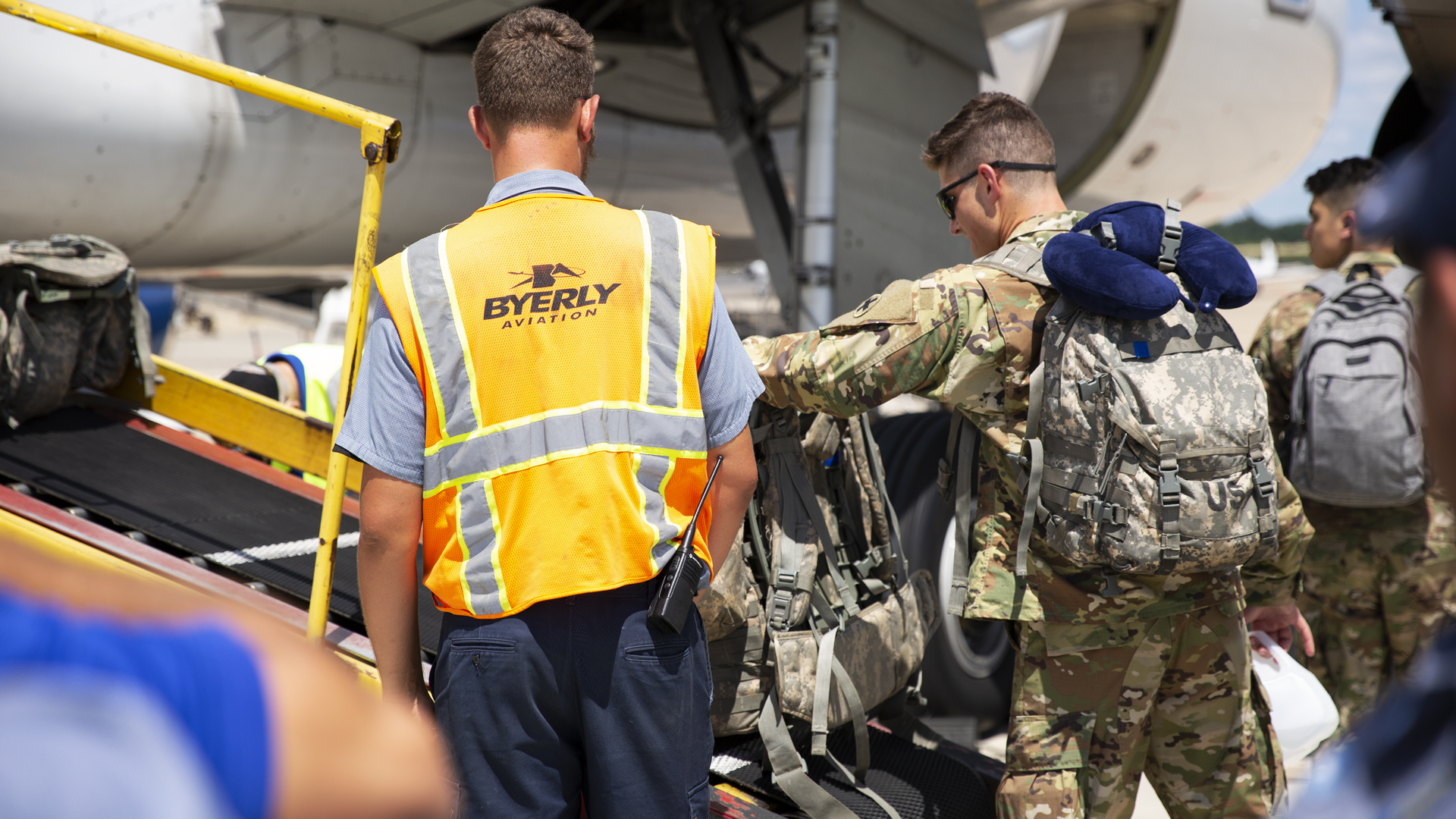 Twin Commander Authorized Service Center Byerly Aviation recently pulled together all its resources and supported three military charter flights. Members of the Illinois National Guard were headed from Byerly’s location in Peoria, Illinois, to Biggs Army Airfield at Fort Bliss, Texas, for training. Soon after the units are scheduled to head to Afghanistan. Byerly Line Service Manager Chuck Atkins said 12 of Byerly’s 13 line staff worked the charters, which were Airbus A-320s from Allegiant Airlines. The team fueled one aircraft and loaded around 450 soldiers and their bags and equipment between the three flights. “It was an all-hands-on-deck type of operation,” Atkins said. Military charters are one of many services Byerly Aviation offers in Peoria. They also sell, service, and upgrade Twin Commanders, service other makes and models, run a full-service FBO, and have the local airline fuel contract. 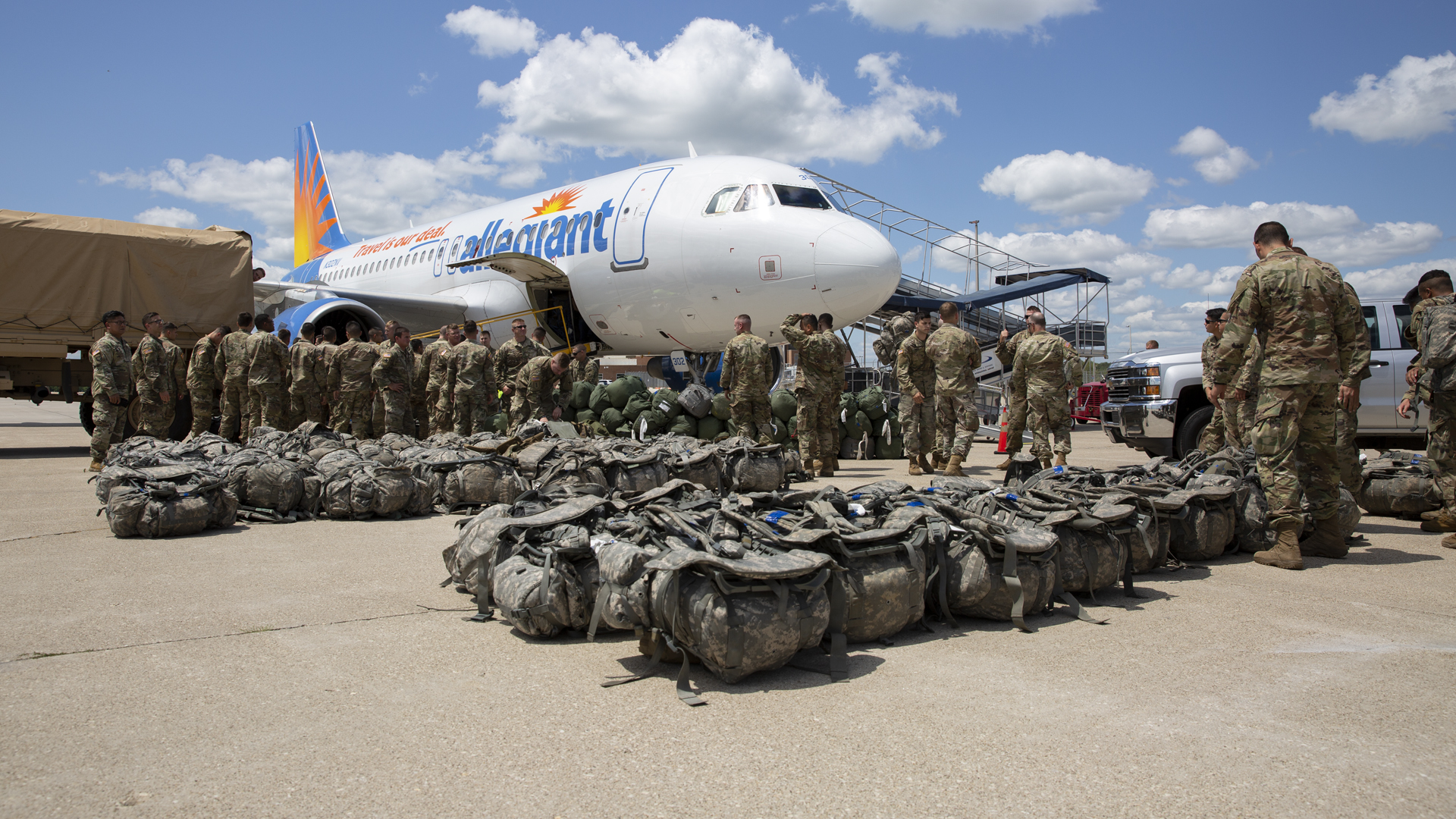 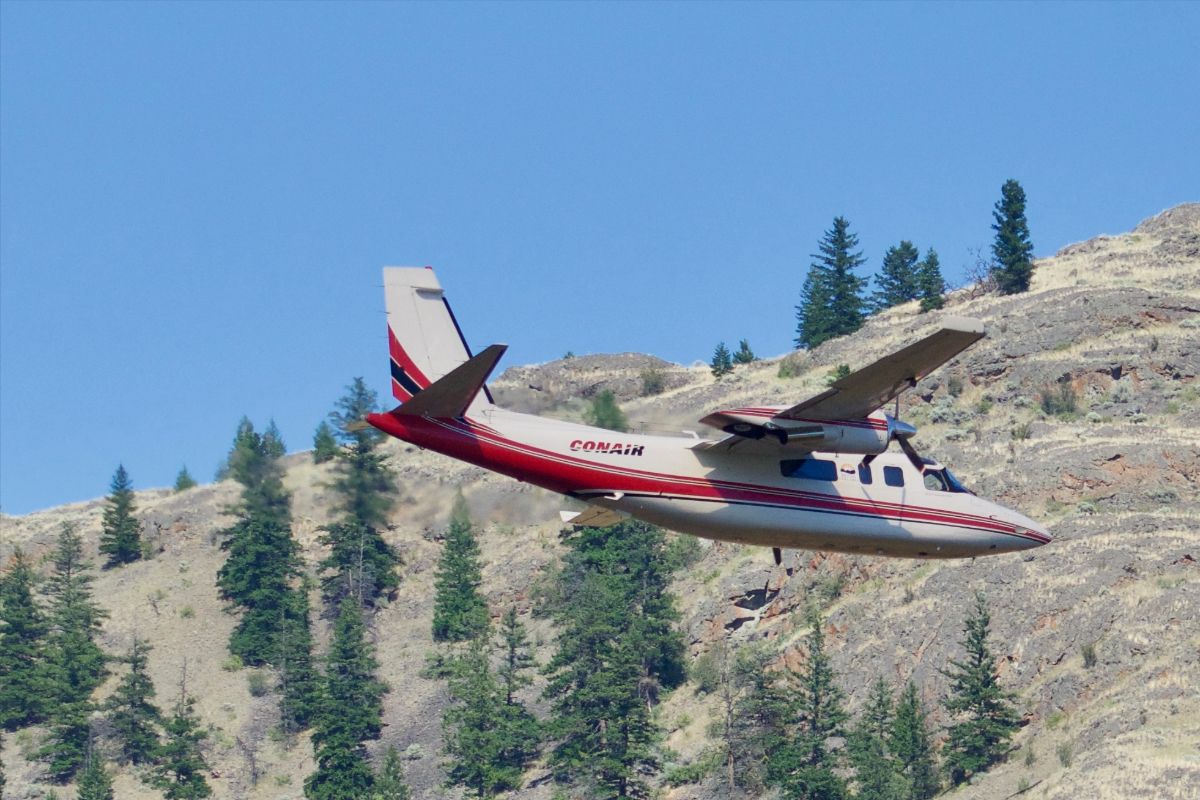 The North American fire season is in full swing. That means across the continent there are dozens of Twin Commanders going to work helping to support aerial firefighting efforts. Twin Commanders are a favorite bird-dog platform. On a fire the Twin Commander is typically crewed by an experienced pilot and an Air Attack officer. Together they scope out a fire’s footprint and help the tankers fly the correct paths through the blaze. It’s a testament to the strength of the airframe that the conditions are often marginal VFR, turbulent, and sometimes at low altitude. While August is typically the most active fire month Conair’s Jeff Berry says things have been slightly below average in much of Canada and the United States, with the exception of Alaska and the Yukon. Conair operates eight Twin Commanders. These airplanes help maintain a dispatch rate of more than 98 percent. Not only are they reliable performers, Berry says, they also shuttle parts in AOG situations, helping the rest of the fleet stay in the air. 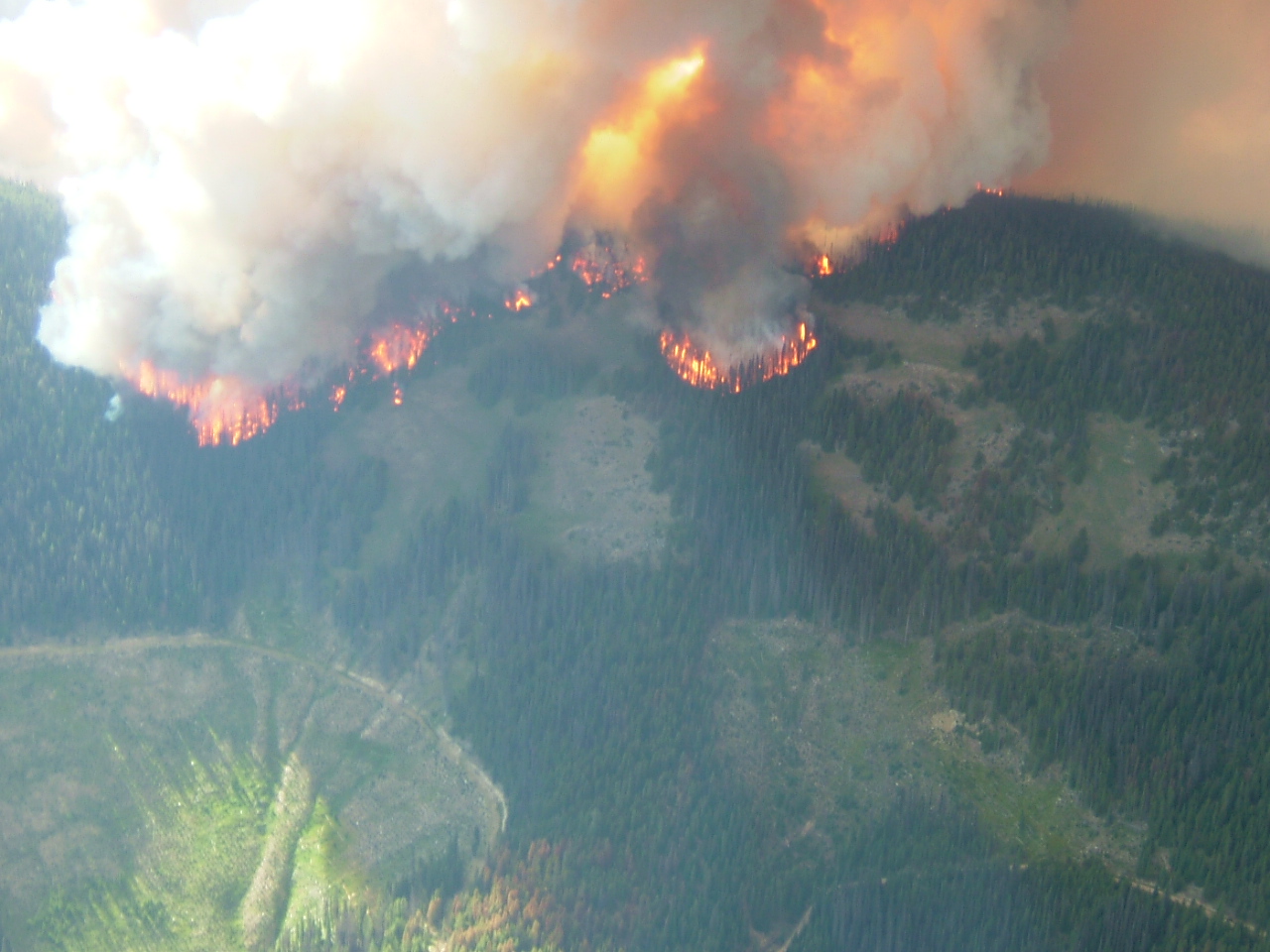 Airborne Support Adds 500B to Fleet 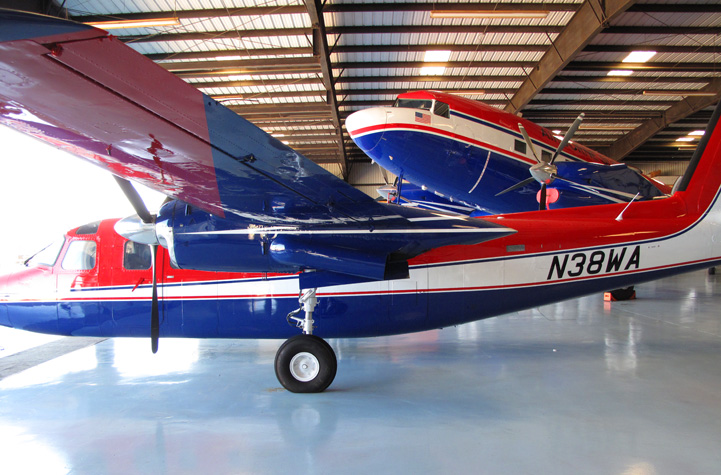 Houma, Louisiana-based Airborne Support has added a Twin Commander 500B to its fleet of oil spill response aircraft. Based deep on the Mississippi Delta, Airborne Support flies a variety of piston and turbine aircraft to help oil clean-up efforts. Large air tankers with 1,200 or 2,000 gallons of dispersant help to contain and clean spills, an operation that’s coordinated from a Twin Commander. Typically the company uses a 690 in the spotter and coordination role, but President Brad Barker said they needed a backup for when the 690 is undergoing an inspection or when things get really busy. He said they turned to another Commander because there is no better choice for their mission, which includes long stretches over water up to 200 miles offshore, and a need for great forward and downward visibility. Bruce Byerly found the 500B for Airborne Support, and helped prepare it for the demanding new role.

Morris Kernick, the Stockton, California-based Twin Commander expert, died this month after an illness. Kernick was well known in the Twin Commander community for his expertise, flying adventures, and his eagerness to pass on knowledge to owners. Kernick began Commander Services in 1977 and came to be seen as a great resource for all types of Commanders, both piston and turbine. Twin Commander owner Robert DeLaurentis, who is planning to fly his airplane around the world, posted a video to YouTube two years ago about his relationship with Kenrick. He said Kernick was a patient teacher. “It’s great to be around someone who is willing to share all his knowledge like he does.” Many friends and longtime customers shared remembrances on Facebook. Jim Metzger said he had many fun flying adventures with Kernick, including ferrying a resurrected Twin Commander from Alaska to Alabama where they dodged unhappy FBO managers and even an F-15 due to a flight plan mix-up. “I miss you Morris,” he said.