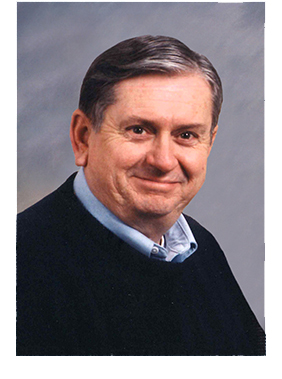 Jeff Cousins, the longtime former general manager of Byerly Aviation and Twin Commander Aircraft, passed away last month near his home outside Phoenix. For more than two decades, Cousins had a major impact on the Twin Commander community, first in his role leading one of the largest Twin Commander Factory Authorized Service Centers, and later running the day-to-day operation of the factory when it was based in Arlington, Washington.

Bruce Byerly remembers Cousins as a tough, but fair boss who taught him lessons that still stick with him today. “He definitely set a standard for flying,” Byerly said. “He had solid expectations for the quality of work and the quality of our pilots, and that left a lasting legacy. He was supportive of doing the job the right way, and that can’t be underestimated in our business. Jeff required pilots to be on duty an hour before their charters, wearing a tie, shaved, and looking good.”

Those habits may have begun when Cousins was in the Air Force, which he joined after high school. He later attended the University of Illinois to study aviation. He led Byerly from 1981 to 2001, when he transitioned to the role at the factory. Jim Matheson, Twin Commander’s CEO at the time, hired Cousins, and said he was an excellent manager, with impeccable integrity. “If he said it, you could take it to the bank,” Matheson said. 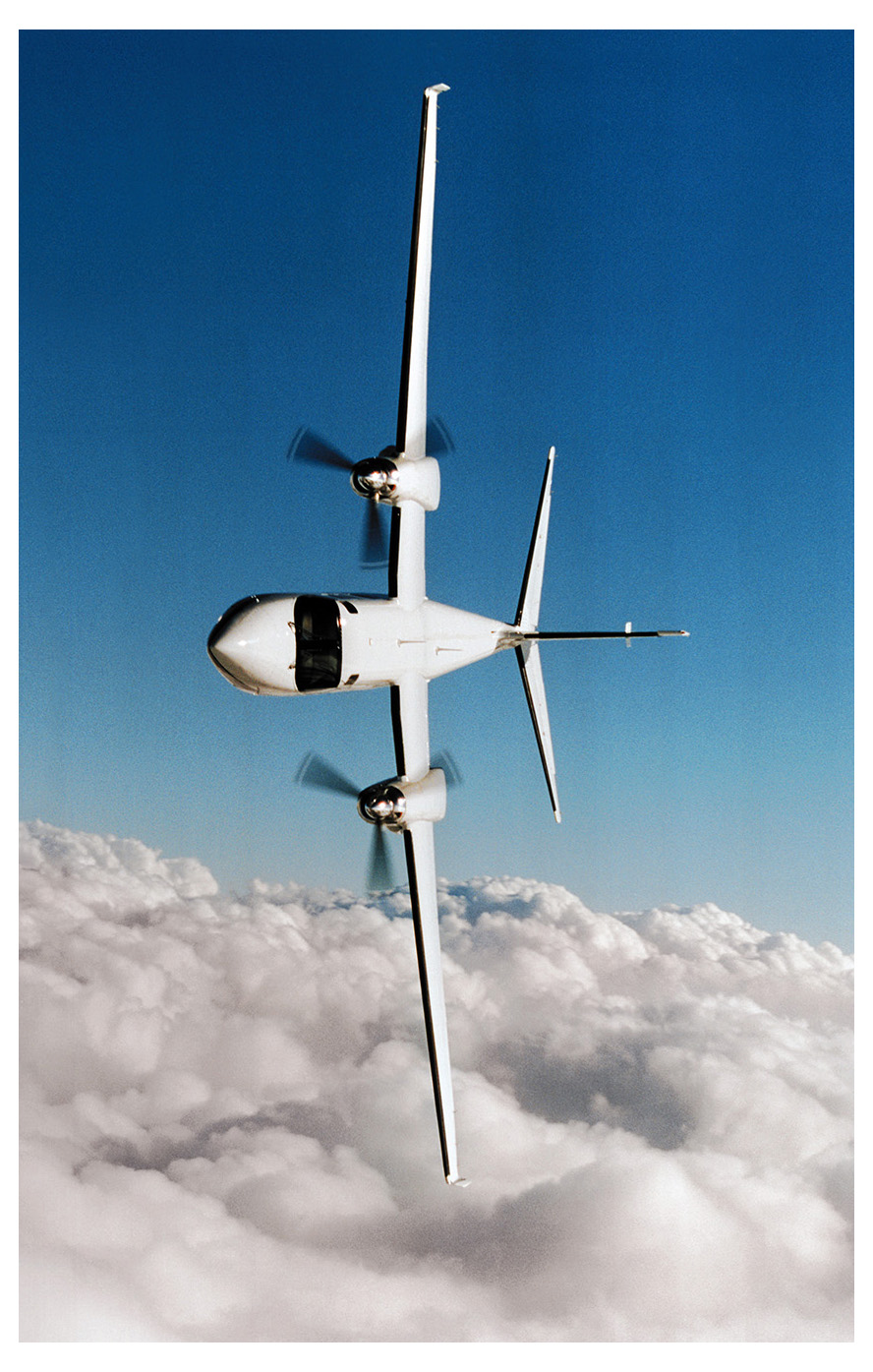 Matheson praised his problem-solving skills, no doubt honed over many years running a service center. The FAA had threatened serious consequences after Matheson said a pilot intentionally rolled a Twin Commander and bent the fuselage. According to the FAA, improperly rigged ailerons caused an uncommanded roll, which no one at the factory believed. Nor did Cousins. He brought an airplane from Byerly to Washington, where they purposely improperly rigged the ailerons. Matheson hired a test pilot from Boeing who had done work for Twin Commander. What they did next has become legendary. Cousins and the test pilot took the airplane well past the never-exceed speed and performed full-deflection rolls. “The FAA was convinced it was going to crash,” Matheson said. But of course, the airplane was fine, and the evidence of its incredible performance spared the fleet a costly and unnecessary airworthiness directive.

Byerly also fondly recalled Cousins’ ability to work through challenges. He said Cousins flew a Shrike to Moline to lend to Bob Hoover for a show. “Hoover goes out, rings its neck, does the whole show, and Monday afternoon it was back out of Experimental and on the charter certificate,” he said.

The photos accompanying this story were Cousins’ work, which display his mix of creativity, problem solving, and stick and rudder skills. Cousins is survived by his daughters Jami and Laurie, many grandchildren, and wife Sue Cousins. The pair celebrated their fiftieth anniversary earlier this year. 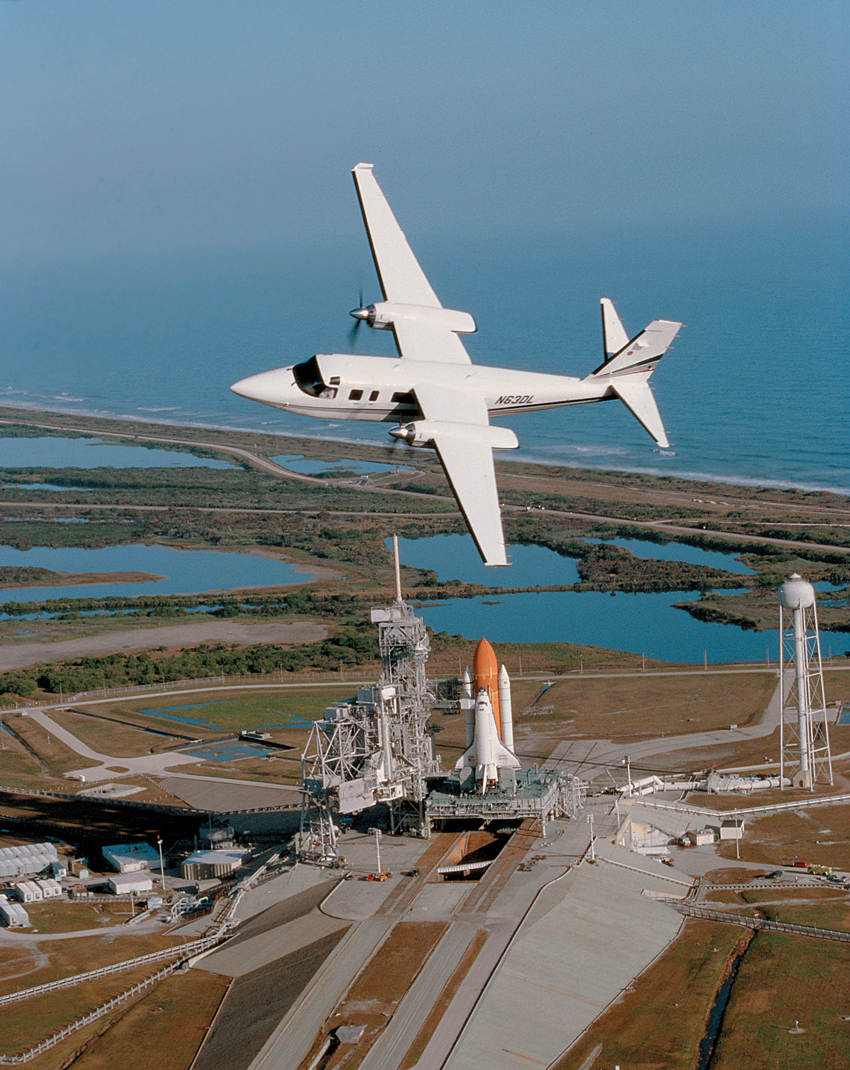 NBAA a Tentative Step Toward Normal 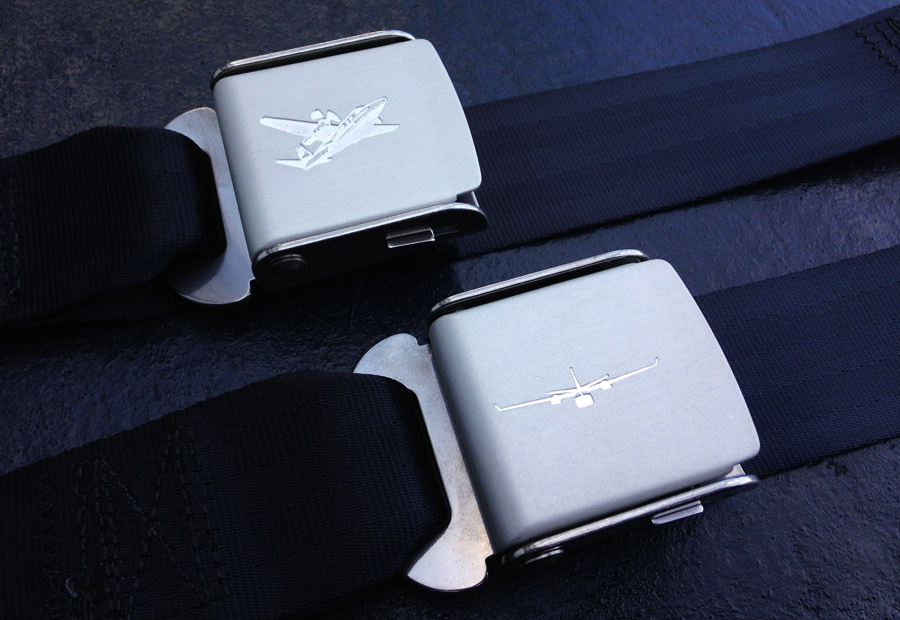 Gulfstream may not have been there, but Aircraft Belts was. As were representatives from Twin Commander Factory Authorized Service Centers. This year’s NBAA BACE in Las Vegas wrapped up October 14 with a slightly new look and new safety measures. After having to cancel last year’s show, and concerned about travel restrictions this year, NBAA required all attendees to be vaccinated, which likely thinned the normal crowd. Official attendance numbers weren’t released. Normally with a focus on big-iron announcements, this year’s show instead featured forward-looking presentations, including those on urban air-taxi development and sustainable fuels. Twin Commander’s Brian Harbaugh was at the show representing Aircraft Belts and he said, “NBAA is always a great event, and this year was no different. We love connecting with our customers from all over the world, and to do it after such a difficult 18 months felt even more special.” Next year’s show is scheduled for October 18-20 in Orlando.

Eagle Creek Aviation’s First Wing Jet Center is expanding its footprint at the Indianapolis Executive Airport in Zionsville, Indiana. The company is building 12 large hangars on the west side of their facility. The hangars will be 65 feet by 60 feet, and include bathroom facilities. “The hangars we are building are unique in this part of the state,” said Vice President and General Manager Sean White. “They will provide a new option for customers who own large or multiple airplanes that previously weren’t available in central Indiana.” In addition to its Twin Commander Factory Authorized Service Center at the Eagle Creek Airport on the west side of Indianapolis, First Wing also operates FBOs at Indianapolis Executive and the Frankfort/Clinton County Regional Airport in Frankfort, Indiana.

Nighttime Is the Light Time

The days are getting shorter in the Northern Hemisphere, and that means more night flying. Now is the time to think about upgrading your landing light for the best performance. An oft-overlooked item, good lights are as important for avoiding embarrassing and expensive ground mishaps as they are for proper visibility during takeoff and landing. Upgrade to Custom Kit 182 today. This popular kit moves the landing light to the nose. It also deactivates the wing-mount light mechanism, further future-proofing the aircraft and saving on repairs. Contact your preferred Twin Commander Factory Authorized Service Center to learn more.