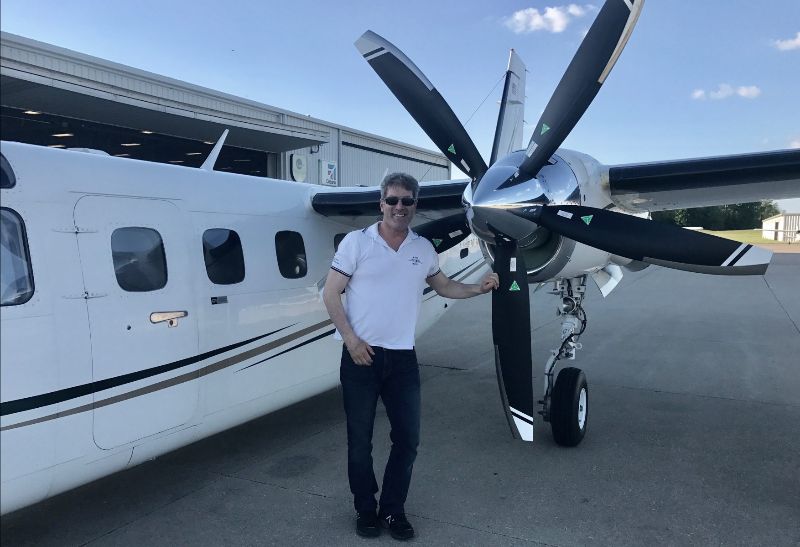 Robert DeLaurentis, who dubs himself the Peace Pilot for his ambitious polar circumnavigation, has safely landed back in San Diego after 11 months, 26,000 miles, and 170 hours logged flying his 1983 Twin Commander 900 from pole to pole. DeLaurentis faced numerous avionics challenges near the poles, but otherwise the heavily modified airplane performed almost flawlessly. He credits the power of his Honeywell Dash 10 engines and the reliability of the Twin Commander for flying him safely down through South America, over the South Pole, across the Atlantic Ocean, north through Africa and Europe, and then over the top of the world before coming back down through Alaska to his Southern California base. “I’m happy what the flight has done for Twin Commander,” he said. “I think it’s a prideful moment for the community. Twin Commander has been a great supporter.” You can read more about the DeLaurentis flight in the next issue of Flight Levels Online

Shrike Downed Due to Misfueling

A Shrike operated by the State of Alaska’s Department of Forestry crashed May 28 after it was apparently filled with jet fuel, according to an NTSB report on the accident. The airplane had just taken off from Aniak, Alaska, when both engines quit. The ATP-rated pilot ditched in the shallow part of a nearby lake. The pilot and three passengers on board were seriously injured. According to the NTSB the pilot wasn’t present for the fueling. A line staffer had asked the pilot if he wanted Prist, to which the pilot said no. The fueler apparently didn’t notice the 100LL placard next to the filler port, and the pilot didn’t notice that the receipt said “no Prist” and “Jet A.”  Although numerous fail-safes such as placards and different fuel-filler nozzles and ports are meant to prevent misfuelling accidents, they are still a regular occurrence. Pilots are encouraged to stay with their airplane and supervise the fueling process, especially at unfamiliar airports. And always double-check receipts, which will detail the type of fuel added.

General aviation aircraft sales, operations, and support are all faring surprisingly well under circumstances that have brought challenges to the wider economy. Despite that, shops are reporting slightly shorter lead times for things like avionics upgrades and major maintenance. Take advantage of this opportunity to visit your Twin Commander Factory Authorized Service Center for your maintenance, overhaul, and inspection needs. With some destinations still closed to visitors and your vacation plans put on hold, it is the right time to go to your trusted source of Twin Commander parts, maintenance, and upgrades. Technicians at Twin Commander Factory Authorized Service Centers are factory trained to work on your airplane with the latest guidance, best access to parts, and the highest standards. You can find a list of the network at https://twincommander.com/service-centers/. Many are offering specials, so make sure to ask about parts, maintenance, and inspection incentives. 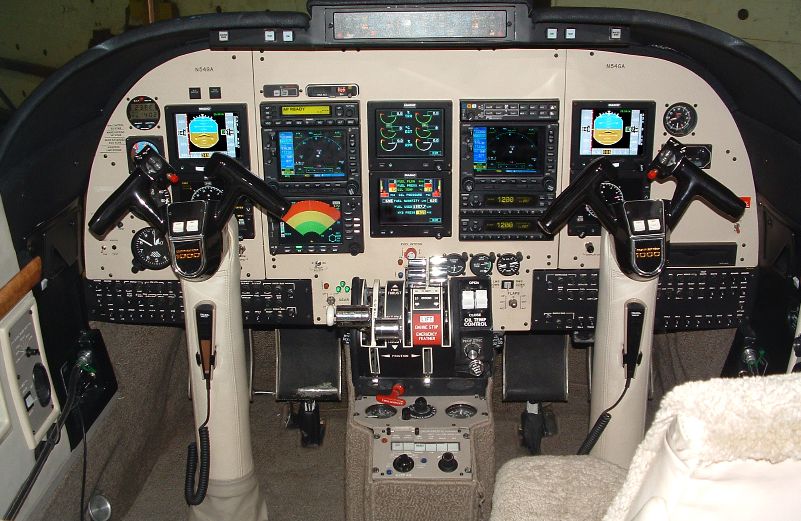 As a long-time Twin Commander salesman, service center executive, and pilot who frequently ferries airplanes headed to the shop, Bruce Byerly has encountered the occasional airplane that is not quite up to the high standards demanded by most owners and operators and all factory authorized service centers. Stuff happens, sometimes on engine start, and Byerly has had to call on his tribal knowledge to get and keep things going. That’s where we’ll start this tribal knowledge class—with engine starts.

There are situations that increase the potential for exceeding the maximum allowable temperature on engine start—a hot start—such as high ambient temperatures, high altitude, starting the engines with the airplane facing downwind in a strong wind, and a quick turn when the engine core has not had a chance to cool. Regardless, there is no excuse for suffering a hot start, Byerly says. The pilot should see engines temperature rapidly rising in time to abort the start or reduce the fuel flow to the engine, and thus the temperature, using the Horsepower Limiter or, depending on the Twin Commander model, the Torque Limiter switch on the overhead panel.

We’ll have more on tribal knowledge techniques to avoid a hot start in the upcoming issue of Flight Levels Online.