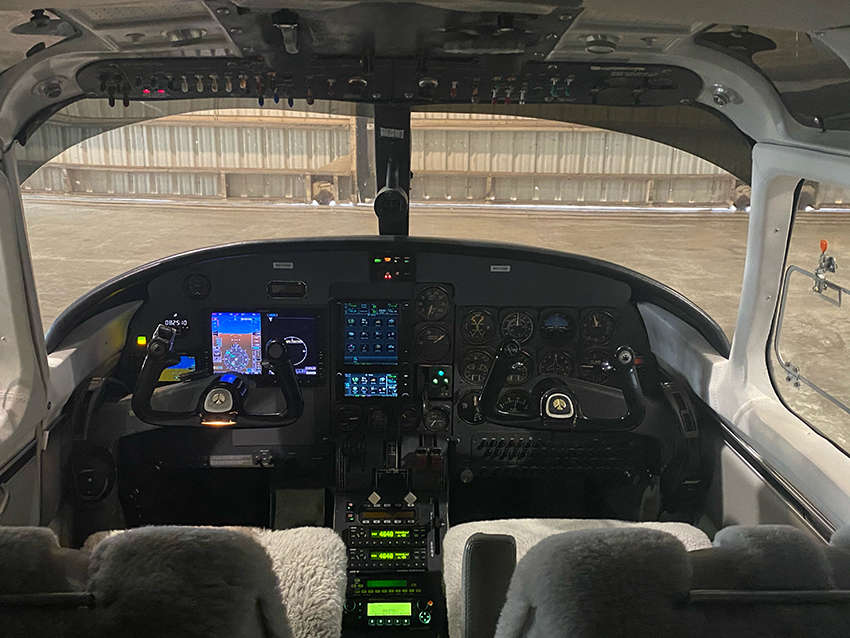 Flying one airplane for 34 years is notable enough, but in public flying it’s even more rare. Bruce Stamey has had the distinction of flying the same Shrike for the State of Louisiana since he was hired in the early 1980s. It’s also rare to hear about a Twin Commander Factory Authorized Service Center changing hands. Read about Bruce Byerly’s recent acquisition of the Naples Jet Center. He and Eagle Creek’s Jim Worrell see continued improvement in the aircraft sales market.  Plus, this issue is packed with tips of flying, owning, and operating your Twin Commander. Read about fuel bladder installs, treating your piston engines well, getting the most of your Garmins, and where to fly as the world slowly reopens. That and more is all in the Spring issue of Flight Levels now online. 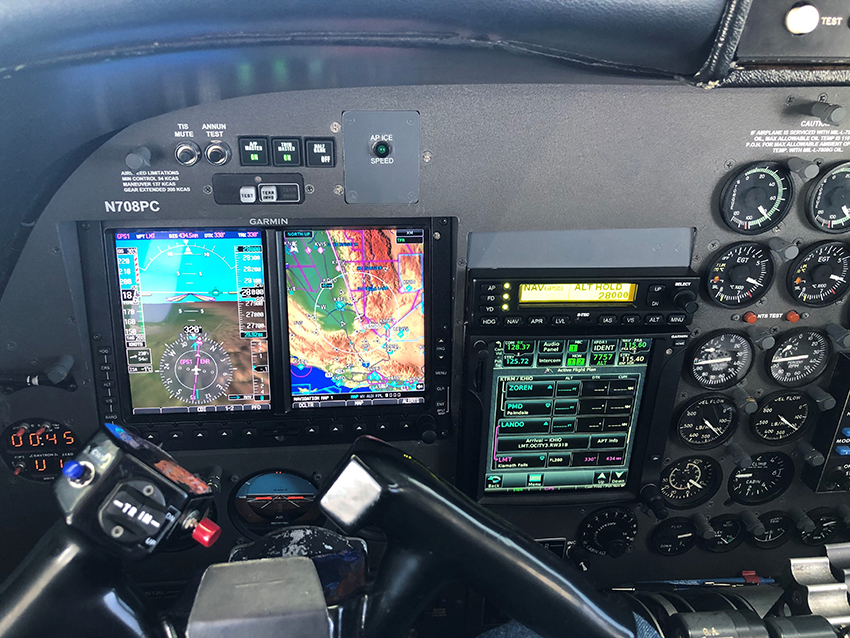 The first Genesys Aerosystems digital 3100 autopilot has been installed in a Twin Commander. Eagle Creek Aviation worked with Genesys and Don Vollum, owner of a 980, to install and certify the first one. “The altitude capture and vertical speed hold are the best features, along with the overall precision with which the 3100 flies the airplane,” Vollum said. Taking on a new STC project can be fraught with challenges, but Vollum said the process was smooth. Eagle Creek has extensive experience with installs used as the basis for certifications. The company owns the Garmin G950 STC for Twin Commanders, and it helped develop the Dash 10 engine conversion and Radome to Tailcone refurbishment program. “I don’t think there is another shop I would trust for the first installation of an autopilot,” he said. The 3100 is a three-axis attitude-based digital autopilot with envelope control and electronic stability. It is now approved for 690, 690A-D, 695, 680W, 681, 500, 500A, B, S, and U, and 560A, E, and F models. 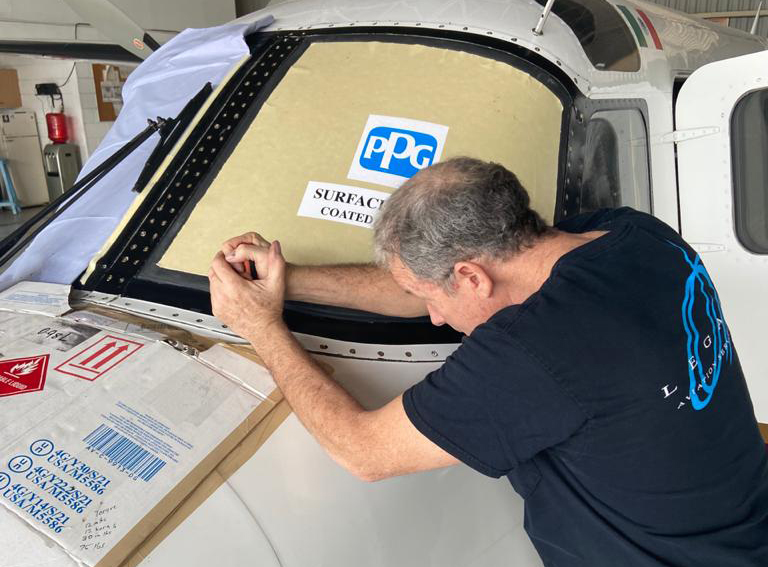 Great service sometimes means going where the customers are. That’s what Legacy Aviation Services recently did for one of its longtime customers. The operator, based in Mexico, flies an 840 that Legacy Owner RJ Gomez says is pristine inside and out. A broken windshield grounded the airplane at its home base in Culiacan. Schedules aligned as Twin Commander Aircraft had a windshield in stock as soon as Legacy had an opening on its shop schedule. Legacy sent a technician to uninstall the previous windshield and prepare the installation. Two days later the parts arrived, and in a total of five days the job was done. Gomez said the customer also operates a Learjet and a Hawker, but that the boss loves his Twin Commander. Legacy Aviation Services is a Twin Commander Factory Authorized Service Center, and is a certified repair station by the Mexican aviation authority. 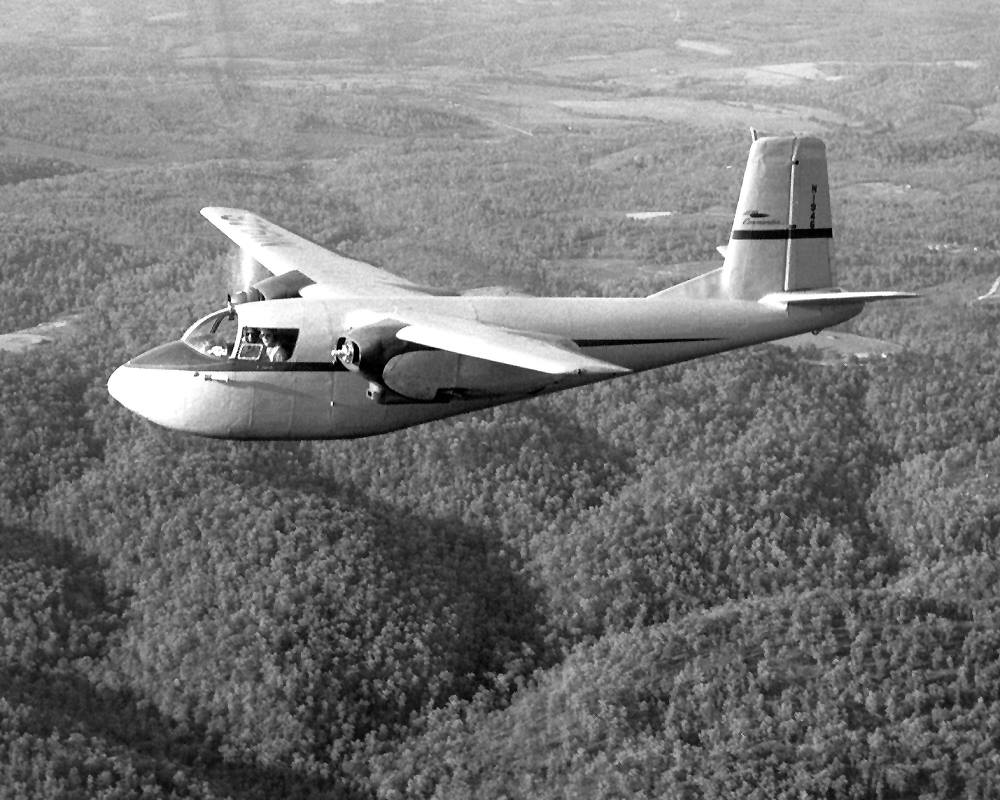 It’s the airplane that started it all. When Bert Bantle and Emmett Morris flew the prototype L-3805 that would become the first Twin Commander nonstop from Oklahoma City to Washington, D.C. on one engine, it made the airplane a sensation. The airframe was dubbed the Blue Goose, reportedly after the fruit company where they sourced some of the wood. From 1974 to 2006 the airframe sat on a pole at the state fairgrounds. It subsequently went to a technical school, where Tom Ray and Kenny Payton, engineers who worked at the Rockwell/Gulfstream factory, knew the history of the airplane and used their sheet metal classes to help restore it.

Between those efforts, and now with the support of Dave Amis and others, the Blue Goose has a strong future. Amis worked with the city of Bethany, which owned the airplane, to transfer the historic artifact to the Oklahoma History Center. He has gathered local businesses and Twin Commander supporters, and is soon planning to mate the wings, weld the landing gear, paint it, and eventually have it installed on a pedestal in a park immediately south of the Wiley Post airport in Oklahoma City. Amis, whose family has been involved in Commanders since the beginning, said it means a lot to him to help restore and highlight the airplane. “I remember this airplane in the early 1960s,” he said. “I would beg my dad to drive by the factory to see it.”

Supporters who want to help the cause can learn more at Amis’ GoFundMe page. 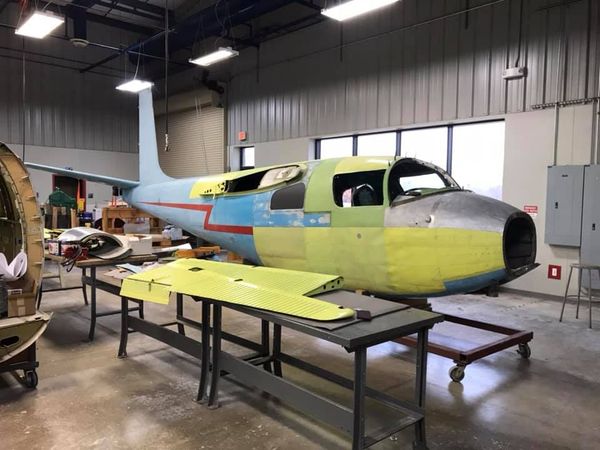