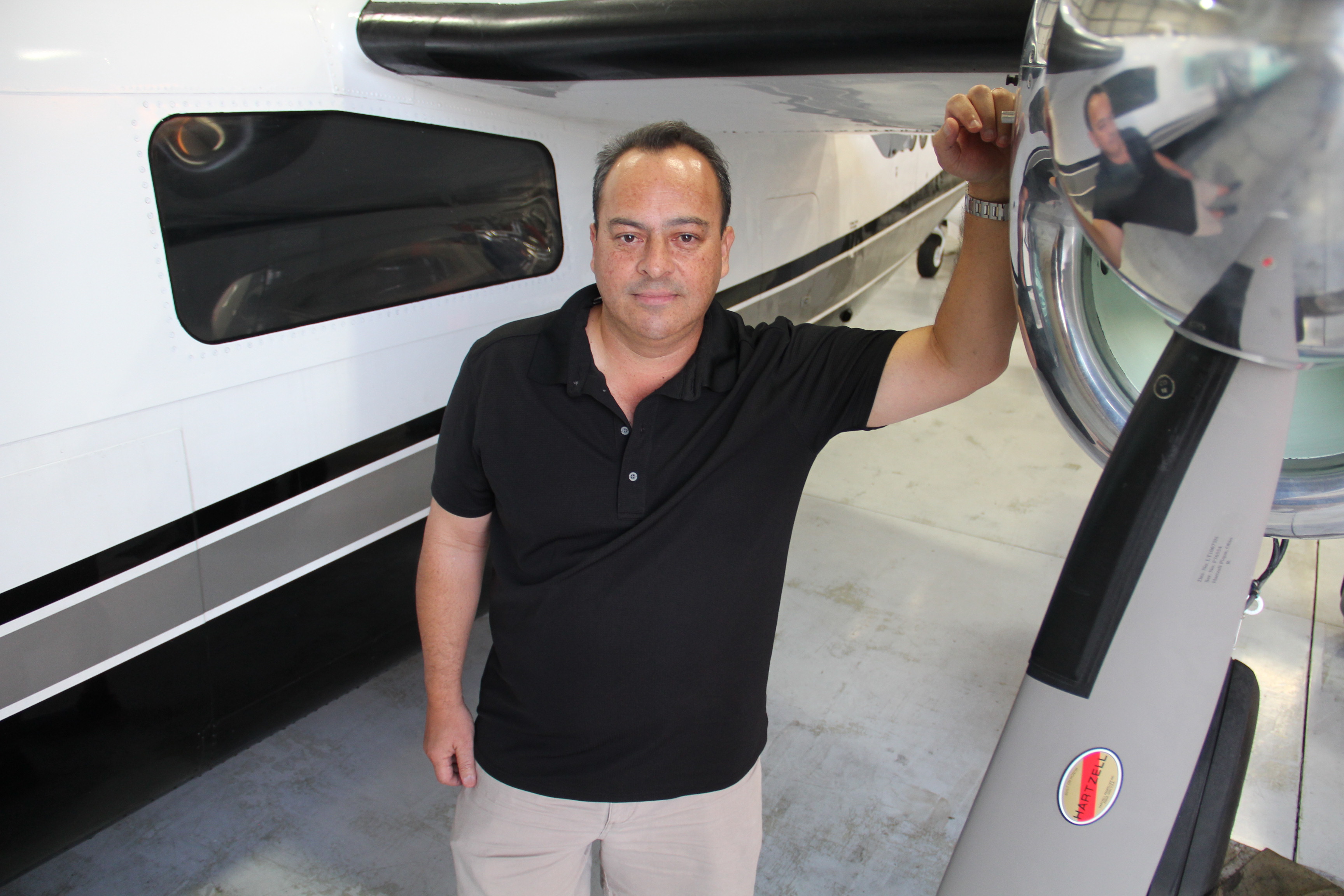 In Texas they say “Howdy!” In Italy, “Ciao.” And when you arrive in Apia, Samoa, you’ll hear “Talofa!” It’s a friendly, welcoming greeting given to visitors to this small, volcanic Polynesian country. It’s also the name of the newest air service in Samoa, one that will use a pair of Twin Commanders to shuttle residents and tourists between the islands.

Jeffrey Hunter is the man behind Talofa Airways. A native Samoan and former pilot for various air carriers in the South Pacific, Hunter saw a need for a small, independent operator that specializes in direct flights between Samoa and American Samoa as well as to and from other islands in this beautiful Polynesian region of the South Pacific.

Independent Samoa, formerly known as Western Samoa, is mainly comprised of the islands of Savai’i and ‘Upolu, which are just a few miles apart. To the east, separated by about 40 miles of ocean, is American Samoa, an unincorporated territory of the United States comprised of five islands and two atolls. The main passenger travel is between Apia, the capital of independent Samoa, and Pago Pago, the territorial capital of American Samoa, as well as to other more far-flung Polynesian islands including Tonga hundreds of miles to the south.

The motivation for Hunter and his investors is to offer a more convenient alternative to the hub and spoke-style air transportation system that prevails in that part of the world. “Right now you have to fly more than 1,000 miles to go 400,” Hunter says.

In addition to the short hop between Samoa and American Samoa, Talofa Airways plans non-stop flights to islands some 300 to 400 miles distant. “I need an airplane to do it comfortably. Some airports don’t have fuel, so we must make the round trip without refueling,” Hunter explains.

Hunter researched aircraft that could safely and efficiently fly regular direct-to-the-islands routes over water. Along with non-stop range, the basic requirement was for a turboprop, for reliability reasons. The short list of candidate aircraft included the King Air 200 and the Twin Commander.

However, the King Air had a built-in problem. The regulations that govern commercial aviation in Samoa, which are based on New Zealand’s aviation regulations, are restrictive and thus costly for aircraft with 10 or more passenger seats. The King Air is certified for 11 passengers. Hunter’s research revealed that, although very rare, a Commander 690B can be configured for nine passenger seats. “I saw a sales brochure with that configuration,” Hunter says.

The high-density seating configuration—a three-person bench seat in the rear of the passenger cabin, two rows of single seats, a single seat opposite the cabin entry door, and the two cockpit seats—is noted on the 690B Type Certificate Data Sheet, as quoted by Twin Commander historian Barry Collman: “Maximum no. of seats 10 (pilot + 9 passengers; pilot, co-pilot + 8 passengers).” Collman adds that, “Interestingly, for the 690A, it shows 11 seats—pilot plus ten passengers or pilot, co-pilot, and nine passengers.”

Once the nine-passenger seating configuration was confirmed possible. Hunger began looking for candidate aircraft. The search eventually led to a pair of 690Bs that Hunter found with the help of Naples Jet Center’s Bruce Byerly. The conversion of the two standard-configuration 690Bs to high-density seating was led by Terry Wagner at Naples Jet Center.

The conversion involved the modification of seat tracks and overhead air vents and oxygen masks in the passenger cabin to accommodate the additional seats and locations, moving the forward air conditioner evaporator, and extension of the baggage compartment, among other changes. One of Wagner’s toughest issues was finding passenger seats, including the rear couch that would fit existing seat attachments and be light enough to meet Hunter’s very strict weight limitations. (Empty weight of each of Hunter’s 690Bs is 6,350 pounds.) He eventually found suitable seats at an aftermarket supplier.

Eagle Creek also modified the panel in each airplane with Garmin GTN750 and 650 flight management systems, and standardized the autopilots with S-TEC 2100s.

Hunter made several trips to the U.S. to work with Eagle Creek and Naples Jet, and to monitor progress of the work. He also spent considerable time planning the 7,700-nmi flights to ferry each of the Twin Commanders back to Samoa.

The first 690B was finished in February of this year. Hunter departed Naples for Merced, California, where Gateway Air Center’s Tom Lopes installed a 500-gallon fuselage bladder tank. The ferry tank essentially doubled the Commander’s fuel capacity, which gave Hunter enough fuel plus reserves for the eight-hour leg to Hawaii. He had to wait in California for a week for 60-80-knot Pacific headwinds to die down to about 20 knots. Hunter and Lopes departed Merced on a Sunday and reached Hawaii without a problem.

Once there, Lopes replaced the bladder tank with a smaller aluminum tank for the remainder of the ferry flight. After signing Hunter off for the remainder of the flight to Samoa with the ferry tanks, Lopes returned to California with the bladder tank, and Hunter launched on a four-hour leg to Christmas Island. He was there only briefly to refuel, and after using the new HF in the Commander to pick up a clearance from San Francisco, he took off for Samoa.

The final three hours of the five-hour flight were spent at 28,000 feet in the clouds, with turbulence and occasional moderate icing, all associated with the outer bands of a cyclone far south of Samoa. Aircraft separation was provided first by San Francisco, then Auckland, New Zealand controllers, based on Hunter’s position reports using HF voice communications. “There isn’t much traffic out there, especially below 30,000 feet,” Hunter says.

After arriving Samoa, Hunter began the process of having the Commander—the first-ever to be based on Samoa—inspected by local aviation officials for airworthiness certification. He also had to get an air operators certificate, which involved proving runs to his planned destinations. One last hurdle was obtaining an FAA Air Carrier certificate because he would be offering scheduled service into and out of American Samoa. The extensive logbook and maintenance records that Eagle Creek organized for Hunter helped speed the process, and the necessary approvals were issued.

The second ferry went much like the first. Hunter again waited in Merced for just over a week for Pacific headwinds to calm down, and when they did, “it was still howling but all crosswind,” he says. With no fuel available in Christmas this time, he kept the big fuel bladder tank installed and continued to Samoa the next day with slight tailwinds—an eight-hour-plus flight.

At press time the second 690B Commander was undergoing Samoan registration and airworthiness certification. Hunter had been awarded the local Aircraft Operators Certificate, which paves the way for FAA foreign operation specifications. Both airplanes are to be painted in Talofa Airways livery before scheduled service will begin.

Next time you’re looking for an exotic island vacation destination, think Polynesia and, in particular, Samoa and American Samoa. You’ll know how to get from one to the other.