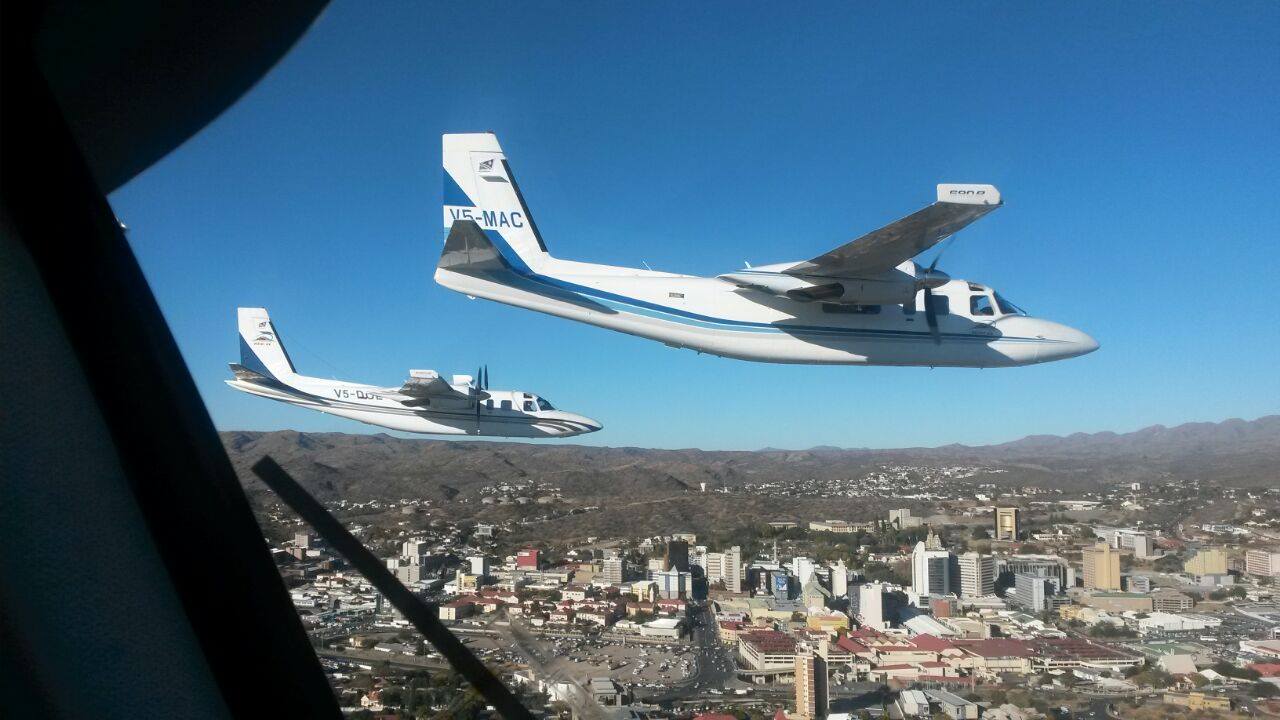 Desert Air is appropriately named. The company is based in Namibia in southwest coastal Africa, a country known for its deserts and grasslands. Those colourful deserts, and the diverse wildlife that range the grasslands, attract tens of thousands of tourists each year, many of whom travel and tour by aircraft. That’s where Desert Air comes in.

Desert Air was founded in March 1996 when Thys Rall received approval from the Namibian Directorate of Civil Aviation to operate a tourism and air-taxi company. Rall founded Desert Air with another pilot, a general worker, and a charter co-ordinator.

The company had humble beginnings, starting with one Cessna 210 used for charter and flying safaris. A couple of months later the fleet doubled with the addition of a Cessna 310. The company grew steadily, adding more Cessna 210s. The workhorse piston single formed the backbone of aviation in Namibia, especially for operators like Desert Air that were focused on the tourism market.

In 2004 Desert Air bought its first Cessna Caravan 208B, also from an owner in the United States. Four years later the company bought its second Twin Commander, a Model 840 690C, from Naples Jet Center. It is the last 690C to come off the production line.

A third Twin Commander was added to the Desert Air fleet in September 2012 when the company acquired a 695B Model 1000 from a California owner. Legacy Aviation refurbished the interior before Desert Air pilots undertook the flight back to Namibia, this time via St Johns, the Azores, Canaries, and Accra in Ghana to Namibia.

Desert Air continued to grow. In 2011 the company opened its own maintenance facility to conduct scheduled and line maintenance on all of its aircraft. The facility includes a fully operational sheet metal workshop.

In 2014 a Desert Air client bought a 690B Twin Commander that had not flown for about five years. After a Damaged Engine Review Board inspection, Desert Air literally rebuilt the aircraft.

Desert Air currently operates four Twin Commanders; two Cessna Caravans, one of which has had the Supervan conversion installed; a Beechcraft Baron 58; seven Cessna 210s; and a Cessna 206.

Another Desert Air client is acquiring a German-based Dash 5-powered 840 Twin Commander that will be brought to Namibia. Desert Air also is seeking authorization to establish a flight school to conduct primary training, and upgrade and proficiency training for company pilots. The company currently employs 14 pilots including two instructors, six maintenance technicians, and various administrative and other staff.

“The Commanders are ideal for our operation as many of the charter flights are to gravel runways,” Rall says. A typical flight is between 280 to 500 nm one way, and returning the same day, he explains.

“We get super support from Legacy Aviation in Yukon, Oklahoma, who not only supplies all of our Twin Commander spares, but also assists with technical advice and other aircraft spares,” Rall says.