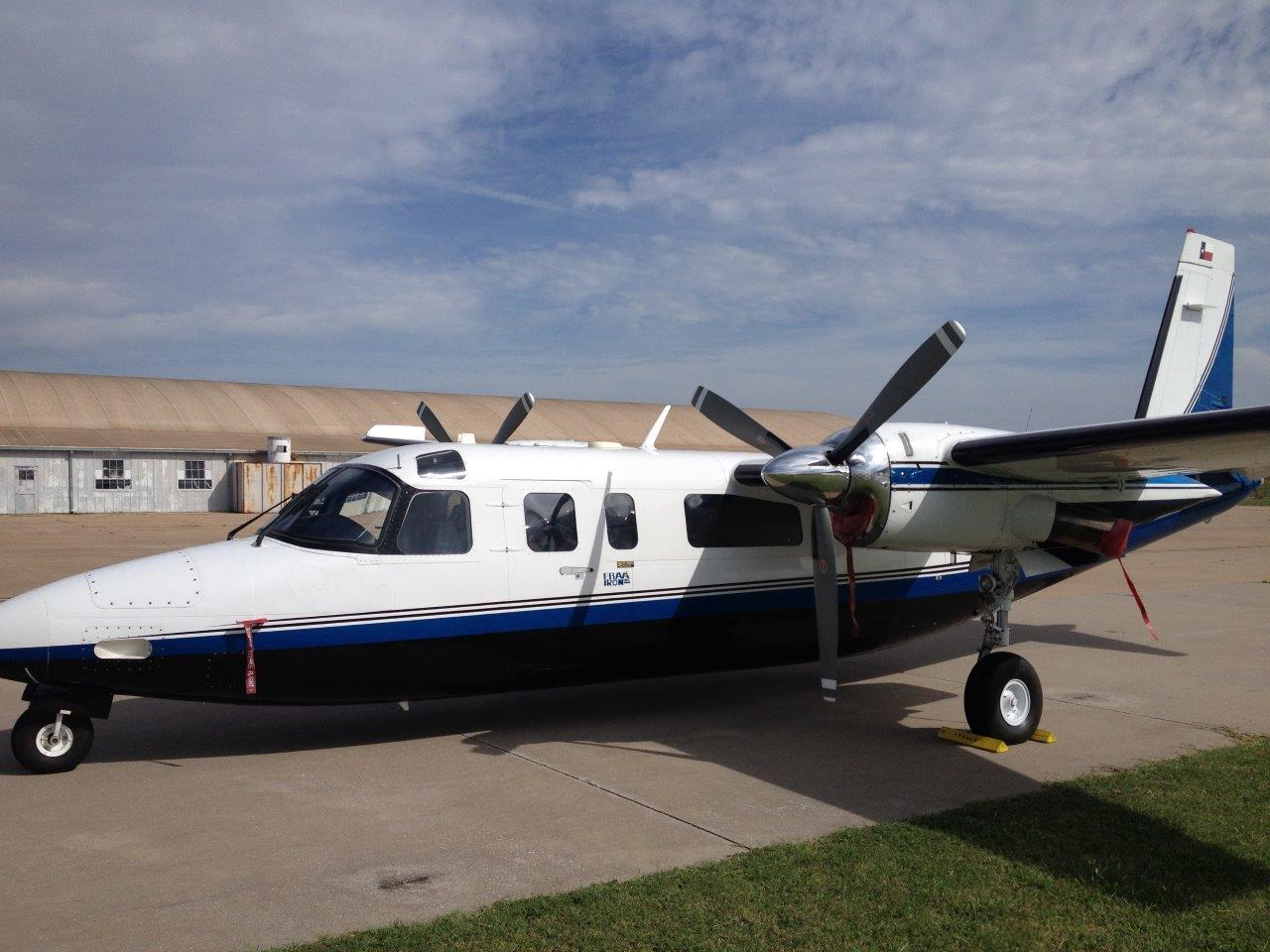 Brad Van Liew has led parallel lives—one on the water, one in the air.

The split existence started at a young age. He grew up in aviation—his father owned and flew a Cessna 185 and a Beech Baron, and his grandfather was a barnstormer, an airmail pilot, a captain at the fledgling United Air Lines, a World War II aviator, and in Van Liew’s words, “a huge influence on my father and our involvement in aviation.”

Van Liew studied real estate at the University of Southern California, but after graduating he succumbed to his “infatuation” with the notion of becoming a professional pilot. “The family rule was, if you don’t fly to professional standards, don’t fly,” Van Liew says. Rules being rules, Van Liew embarked on an accelerated ab initio professional pilot training program that led to flight instructing, including tailwheel transitions and aerobatics, and eventually his ATP certificate.

Van Liew settled in Santa Monica, where he founded and operated an aircraft charter and management company. After about five years, however, his other passion—long-distance sailboat racing—moved from back-of-the-mind interest to top-of-mind obsession.

As a young boy he had learned the basics by racing dinghies in summer camp in Washington State. At 13 he began crewing on big ocean-racing sailboats off New England. As a young teenager he competed in a Newport, Rhode Island to Bermuda race, and throughout high school and college spent summers running race boats out of Newport.

One summer in Newport Van Liew witnessed the finish of a very special kind of sailboat race—a solo around-the-world competition. “I couldn’t believe that these super-radical boats could be sailed around the world by one guy,” he says.

That fascination stuck with Van Liew, and in 1998, after five years of the pro pilot’s life, he took a sabbatical from aviation and entered the “Around Alone” race in a 50-foot-long boat named Balance Bar in deference to his sponsor. Van Liew, one of three Americans to compete in the race (16 boats were entered) told the Los Angeles Times that, "I'm not doing it to sail around the world. If I wanted to sail around the world, I'd get on a beautiful 40-footer with my wife and I'd stay in the mid-latitudes and [take] two years. This is something I decided to try to do to push my own personal limits.”

That it did. During the race Balance Bar turtled (rolled over), and lost its mast, among other life-threatening catastrophes, yet Van Liew—a rookie, the youngest competitor, and sailing an older, rebuilt boat—finished third. He was officially hooked. “I transitioned from professional pilot to professional ocean racer,” he says.

He won the 2002-2003 Around Alone race, and the 2010/2011 Velux 5 Oceans Race, becoming the only American to complete three solo around-the-world sailboat races and the first person ever to sweep every leg of two of those races.

It was a spectacular resume, but one that came at a price. Solo ocean racing is an extremely demanding sport, both mentally and physically. During the races Van Liew spent months alone on the boat, lost several friends to accidents, and had post-race PTSD-like symptoms. He also required back surgery after each event.

During his 15-year professional racing career he continued to fly, using a Cirrus for personal transportation, and also did some instructing for the Cirrus factory. “I always figured I would return to flying professionally when my body gave up on professional solo ocean racing,” he says. After the third back surgery, he did just that.

Living in Charleston, South Carolina, he flew charters and met Wayne Gregory, who owned a number of car dealerships in the Southeast. The car dealer owned and flew a Bonanza and had previously owned a King Air 200 and a Citation, but was drawn to Twin Commanders. The partnership culminated in the search for a Twin Commander that ended with a TPE331-10T-powered 690A Grand Renaissance that had been updated with a Garmin G600 panel.

The Grand Renaissance rebuild had been done under the supervision of RJ Gomez at Downtown Airpark in Oklahoma City. Gomez now owns and operates Legacy Aviation Services in Yukon, west of Oklahoma City. So Gregory chose Legacy do the pre-buy inspection and, after the purchase, install an air conditioner and do some cosmetic work, among other items.

Van Liew’s first experience flying a Commander was in the simulator during pilot-initial training at SimCom Training Centers in Dallas. From there he teamed up with Hugh Davis, a Commander instructor and mentor pilot. “Because I didn’t know so much about Commanders, I wanted to work with someone who did,” Van Liew explains. Flying with Davis put Van Liew on the fast track to proficiency, and also was good preparation for what Van Liew plans to accomplish. “The owner eventually will be flying his airplane, so I want to function as a mentor to him,” Davis says.

The Commander is flown frequently—six months after acquiring it the airplane was back at Legacy for a 150-hour inspection. The primary missions are to visit the owner’s dealerships, and for family trips including Santa Fe, New Mexico, where the owner’s mother has a home.

Six months into flying and managing the Commander, Van Liew gives it two thumbs up for reliability, performance, efficiency, and the intangibles that separate the good from the great. “I’ve been really impressed with the airplane,” he says. “I never knew what to expect before I flew it—I’d never flown a 331-powered airplane. By the time I had 50 hours in it and was starting to feel proficient, I said, ‘You know what, this is a pilot’s airplane.’ I love flying it. It’s a sweet airplane.”

Another intangible that Van Liew appreciates is the sense of community among Commander owners and operators, and at Legacy. “I’ve really enjoyed getting to know RJ,” he says, “and the group of owners feels like family.”

Given that the owner is in the business of offering the public a variety of vehicles to suit every need, it’s not surprising that he and Van Liew already have roving eyes when it comes to airplanes. “We’re talking about upgrading to a Commander 1000 for the range, the higher pressurization differential, the longer wing, and RVSM capability” Van Liew says.

Those attributes would serve the owner and his family well. They also would help make possible a goal that unquestionably has its origins in Van Liew’s past parallel life. That goal is to fly a solo pole-to-pole around-the-world trip. “We think the Commander 1000 is one of the few airplanes that could handle the extra fuel the trip would require,” Van Liew explains. “We’re excited about the possibilities!”